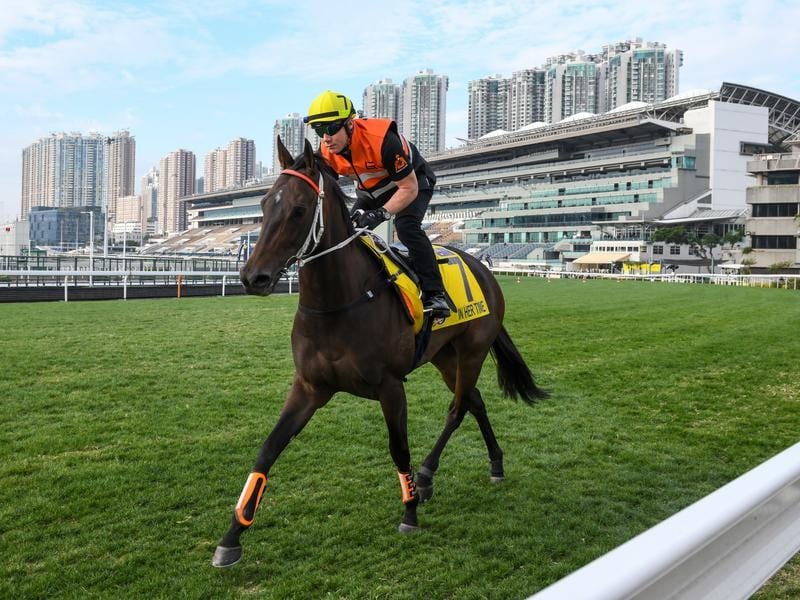 Australian sprinter In Her Time has been ruled out of the HK Sprint with a hoof injury.

Australian sprinter In Her Time has been scratched from the Hong Kong International Sprint because of a hoof problem.

The Kris Lees-trained mare was found to have a quarter crack in her left front foot on Saturday.

A day later she was re-examined but ruled unfit to run in Sunday’s 1200m-race.

Lees had been confident the matter was not serious but vets decided otherwise.

Aethero is the raging favourite for the Sprint, one of four Group One races in the Sha Tin program.

In Her Time would have been Australia’s lone representative at the meeting with interest now on Melbourne Cup runner-up Prince Of Arran and Queen Elizabeth Stakes winner True Self in the Vase (2400m).