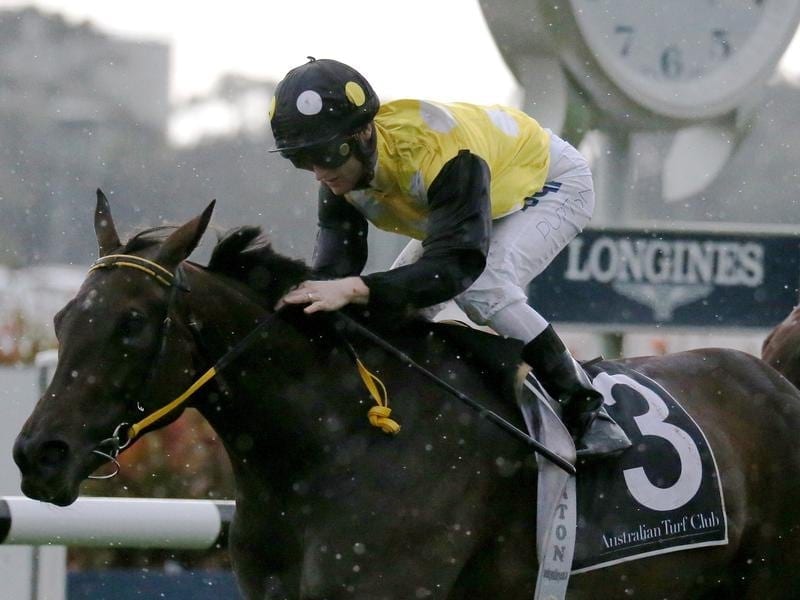 Galaxy winner In Her Time has continued preparations for The Everest with a race day gallop.

Oblivious to the drama surrounding her this week, In Her Time has kept preparations for The Everest on track with a solid exhibition gallop at Newcastle.

The mare worked between races at Friday’s Newcastle Gold Cup meeting, galloping over 800m with race jockey Corey Brown in the saddle.

Brown believes she is in good shape ahead of next month’s $13 million sprint.

“She feels a bit more forward than she has been in prior preparations. She feels good,” Brown said.

In Her Time was transferred to Kris Lees this week after her trainer Ben Smith was suspended by stewards on two charges related to unlabelled and unidentified substances found when his stables were inspected on Tuesday.

Lees has good insight into In Her Time as his stable foreman Cameren Swan has been the mare’s regular track work rider.

Like Brown, Lees is pleasantly surprised by In Her Time’s fitness levels.

“She worked strongly. Corey was happy with her and she’s probably a bit more forward than I thought,” Lees said.

Lees confirmed In Her Time would contest the Premiere Stakes in two weeks ahead of The Everest at Randwick next month.