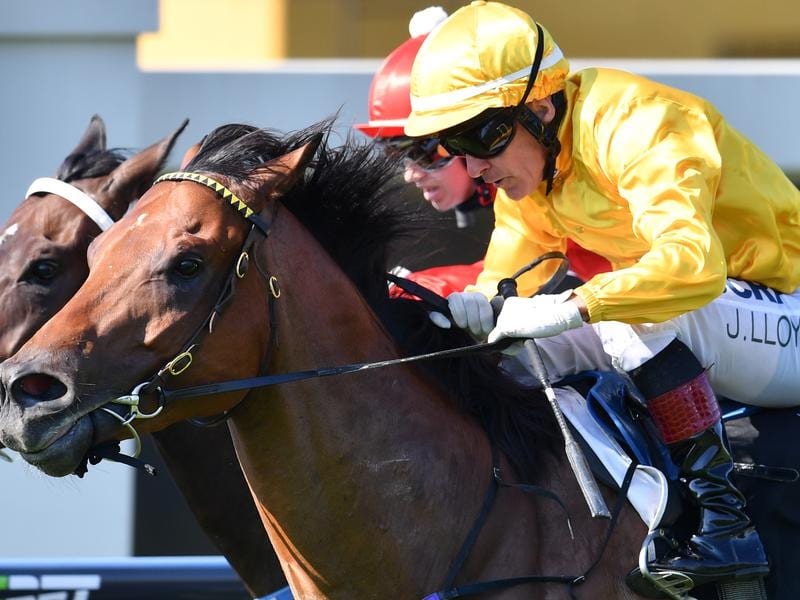 Impregnable will have added fitness on his side in the Tim Bell Memorial Handicap at Doomben.

Gold Coast gelding Impregnable is an example of how taking a punt on a new sire can pay big dividends.

Impregnable will be one of the first city runners for the new Toby and Trent Edmonds partnership in the Tim Bell Memorial Handicap (1200m) on Saturday at Doomben.

The gelding is another successful buy for Grant Morgan’s Ontrack Syndications as he paid only $40,000 for Impregnable as a yearling.

Impregnable has already won $222,000 in prize money and Morgan is confident there is more to come.

“He is by I Am Invincible out of a Dansili mare and both sides of his breeding have become very popular,” Morgan said.

“A few people have asked if a zero dropped off his purchase price listing when they see his breeding.

“But it was only the second crop of the I Am Invincibles to go through the sales ring. The secret wasn’t out by then.

“He has more than repaid his purchase price.”

Impregnable was well beaten in the Kirby Quality at Grafton last month but usually gets better with racing.

“He is a bit unusual because he isn’t very tall but he weighs 530kg or thereabouts so it takes a run or two for him to be fully fit,” Morgan said.

“He is a chubby little fella and we gave him three trials before the Kirby and he has had another trial since so he should be getting near the mark now,” he said.

“He showed he is up to open company when he was third to Tyzone in a good race during the Magic Millions carnival earlier this year.”

Tegan Harrison, who had an Eagle Farm double last week, will take over as Impregnable’s rider.

The Edmonds partnership also has the race favourite Whypeeo who will have to overcome a tricky barrier from gate 10.

Edmonds believes the race could develop into a battle of tactics with a lot of early pace.

“Whypeeo has been racing well enough but he really needs a win to get his confidence up,” he said.

He is hoping Whypeeo can return to the form which saw him rated good enough to campaign in Melbourne earlier in his career.