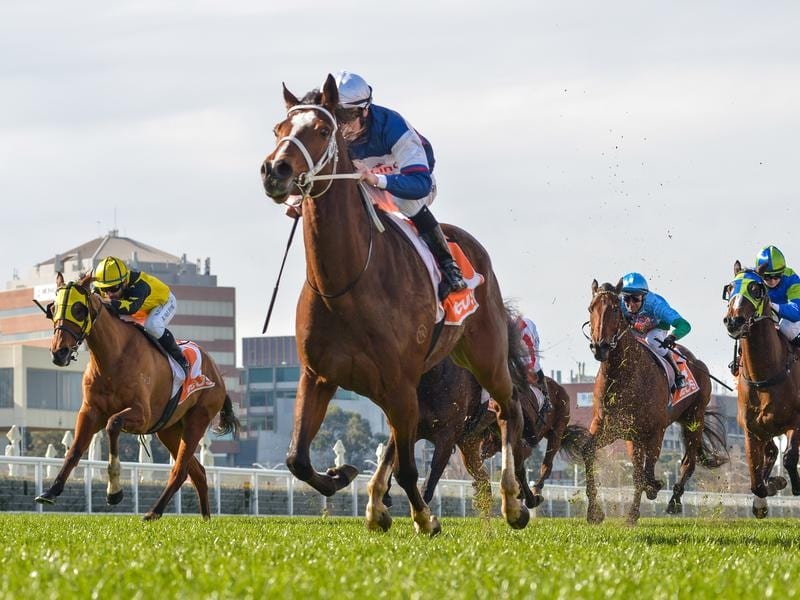 English import Skyman has made an encouraging start to his Australian racing career with a convincing win in a benchmark race at Caulfield.

Stepping out for his Australian debut in Saturday’s Neds Handicap (1600m), the Chris Waller-trained four-year-old Skyman ($26) sat back in the field in the benchmark-78 race under Damien Thornton before sprinting past his rivals on the outside in the straight to score by 2-1/4-lengths.

He defeated Emperor Selassie with Battle Torque another three-quarters of a length away third while odds-on favourite Tavidance was unplaced.

Skyman won one of his eight starts in the UK and had not raced since October last year.

“He’s been with us since December and we’ve taken our time with him,” Waller said.

“We had confidence that he’d run well but you can never tell how they’ll adapt.

Waller said they would place Skyman to keep progressing through the grades.

“He’s the right type of horse to come through the back door to better races,” he said.

Thornton said it was pleasing to see Skyman do what he did first-up over a mile.

“He had trialled up nicely enough to be competitive in this and his work on Tuesday morning was probably the best it has been so far,” Thornton said.

“He kept improving up until race day but he’s always given me the feel like he’s going to be a really nice horse.”