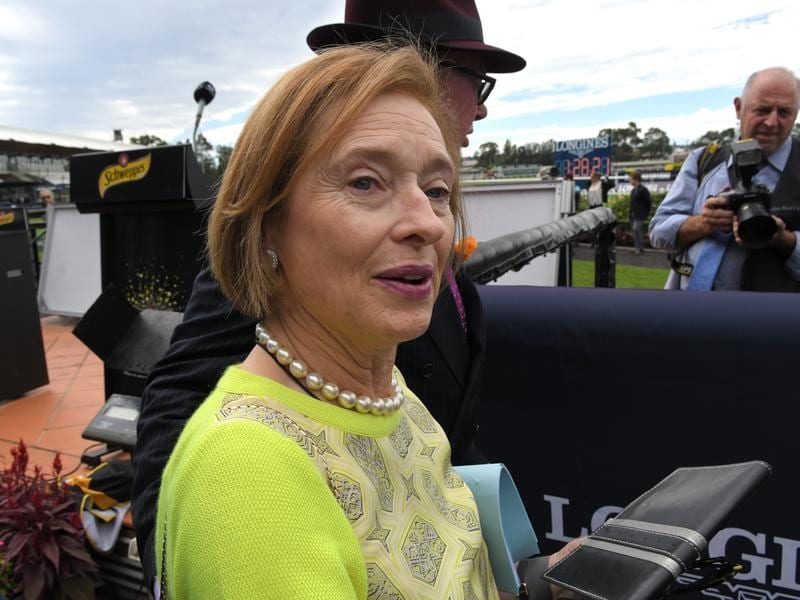 Bought in Kentucky to join the Newgate Farm broodmare band, Con Te Partiro has reignited her racing career with victory in the Group Three Dark Jewel Classic at Scone.

A Listed winner as a two-year-old at Royal Ascot for trainer Wesley Ward, Con Te Partiro also boasts victories at Saratoga and Keeneland.

She was bought at the Keeneland sale for $500,000 and rather than wait for September and the breeding season, Newgate’s Henry Field decided she should be in work.

After two trials for trainers Gai Waterhouse and Adrian Bott, Con Te Partiro made her Australian debut in Saturday’s 1400m-race, bursting through late to claim the race by a half neck from Savatiano with Organza ($11) another long head third.

Punters were not convinced by her foreign form and the mare drifted from $10 to $18 with Godolphin’s Savatiano the $4.60 favourite.

Waterhouse admitted she had some pre-race concerns because of the mare’s manners.

“She is quirksome,” Waterhouse said.

“Before the race I said she’ll either blow her brain in the mounting enclosure or she’ll win the race.

“But she stood quietly and full credit to the girls and boys who looked after her and kept her quiet.

“She got squashed up in the run but got out.

The win capped a big Scone carnival for her jockey Sam Clipperton who won Friday’s Cup on the Richard and Michael Freedman-trained Special Missile.

“I can’t believe I won the race,” Clipperton said.

“The first part of the race played out perfectly. We were in a lovely spot and a perfect rhythm then I was dead-set off the bridle at the 600.

“Rachel King went past me at the 200 (Organza) and I don’t know what it did to my horse but she found another five gears and savaged the line.

“That last 100 metres was unbelievable.”

Con Te Partiro is entered for next month’s Group One Stradbroke Handicap with nominations yet to be taken for the Group One Tattersall’s Tiara for fillies and mares.

Her win brought up a Scone double for Waterhouse and Bott after Ready To Prophet took out the Denise’s Joy Stakes.