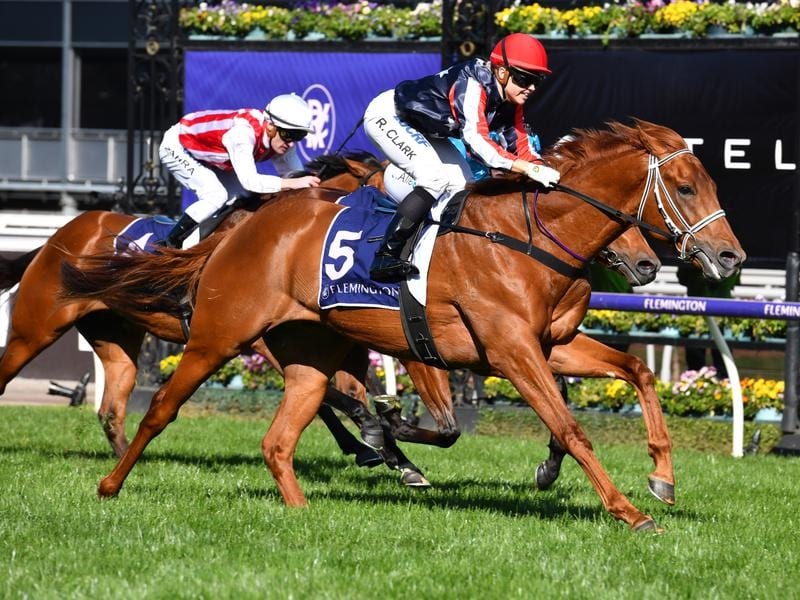 Co-trainer Leon Macdonald said connections decided on the change after Sunday’s Guineas Prelude in which Dalasan was second to Alligator Blood after again laying in down the straight.

Clark, Adelaide’s premier rider, will still have a Group One opportunity on Saturday week aboard Dalasan’s stablemate Waging War in the Toorak Handicap.

“Raquel didn’t really do anything wrong but Dalasan wouldn’t come out and go around the horse in front,” Macdonald said.

“Hugh Bowman is an aggressive rider, and a left-handed rider, and I think that’s what the colt needs.

“Two more hops and he wins the race but we had a decision to make.”

Dalasan retained Caulfield Guineas favouritism over Alligator Blood after the Prelude and if he wins the Group One race, connections will consider the Cox Plate in which he would carry 49.5kg.

“He is still in the Cox Plate but he would have to win the Guineas and win it well to go there,” Macdonald said.

Clark, who served the latter part of her apprenticeship with the Macdonald stable, has ridden Dalasan to his four wins.