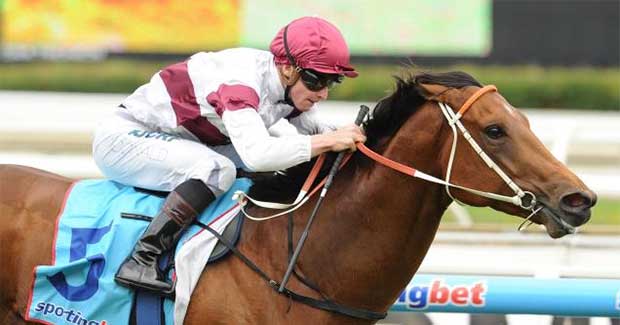 Hugh Bowman has steered Not Listenin’tome to an upset win in the Group Two Jockey Club Sprint at Sha Tin, a lead-up to the Group One Sprint on Hong Kong International day in three weeks.

The former Australian sprinter was sent out at 42-1 and held off the favourite Lucky Bubbles by a half length with 2014 Kong Kong Sprint winner Aerovelocity third.

“Twelve months ago, after the Hong Kong Sprint, I thought that the 1200 metres was too far for him, or at least for him to produce his best, but obviously after what he produced this afternoon, it makes me very excited going into the international meeting,” Bowman told the Hong Kong Jockey Club.

Australia will be represented by Rebel Dane in the Sprint on December 11 with the Gary Portelli-trained horse to tune up with a barrier trial on Tuesday.

Nine of the 10 races on Sunday were won by Australian jockeys with Hong Kong-based Zac Purton notching four.

Fellow Australian jockey Craig Williams added another string to his bow with a Group One victory in Singapore.