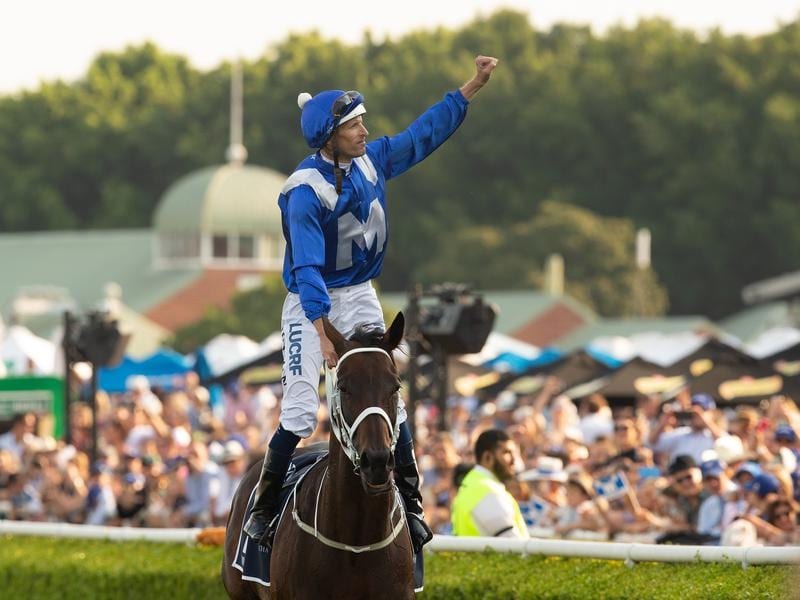 Winx’s jockey Hugh Bowman has confirmed he will not ride again until the new season.

Champion jockey Hugh Bowman has confirmed he will not ride again this season after an exhausting autumn which included Winx’s farewell campaign.

Bowman announced on Friday he would not be riding at Saturday’s Gold Coast feature meeting and later issued a statement saying he would be taking an .

“Following a busy period of riding and travelling, I have decided to take an immediate break,” Bowman said.

“The last few months have been exceptionally busy, not only with the demands of riding in Australia, but also internationally.

“Thank you for all your support over the last few months and I look forward to coming back refreshed and ready to go in the new season.”

The jockey is an integral part of the Winx story, riding her to all her 25 Group One wins including her last, the Queen Elizabeth Stakes on April 13, her swan song.

Since her retirement, Bowman has ridden in Sydney and Hong Kong, his latest winner coming at Warwick Farm on Wednesday.

Bowman and Winx’s trainer Chris Waller endured relentless pressure on their time leading up to the mare’s retirement.

The racing season ends on July 31.