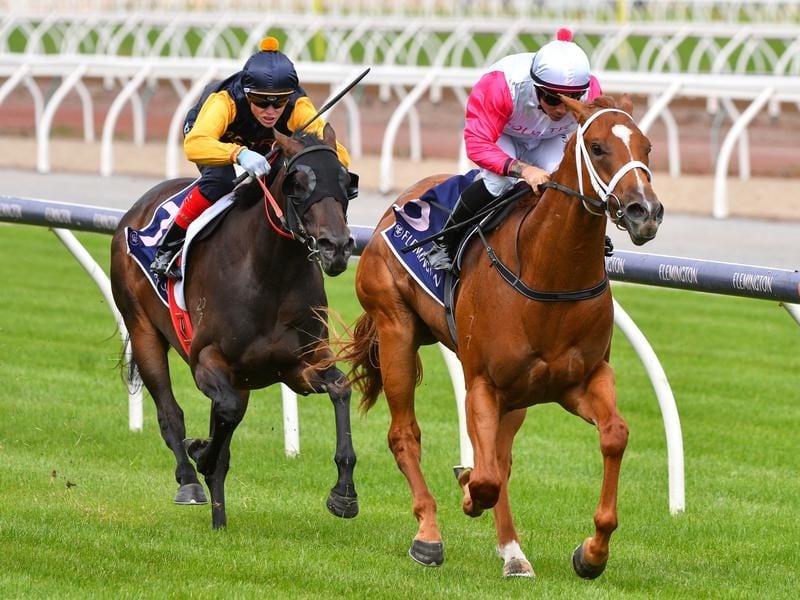 Dean Holland has ridden Aquagirl to give the country riders a perfect start to Rapid Racing.

The Country jockeys’ side has made a perfect start to the Rapid Racing meeting at Flemington with Dean Holland kicking it off with victory on the Phillip Stokes-trained Aquagirl.

Jarrod Fry consolidated for the country riders with his win on the John Price-trained Chassis in the second race while Jason Maskiell took out the third on Excess Funds for Levi Kavanagh.

Sunday’s meeting at Flemington featured seven straight races in a twilight timeslot incorporating a jockeys’ challenge with a metropolitan jockeys team and country side.

Jockeys were wearing specially designed colours for the meeting with the teams based on respective metropolitan and country premierships in Victoria on January 1 this year.

“It’s a great thrill and I reckon it’s a great concept getting the country jockeys against the city jockeys,” Holland said.

“I think we all know we’ve all probably been riding nearly as long as each other and I think country jockeys can definitely match it with the city jockeys.

“It’s just we don’t probably get the city opportunities.”