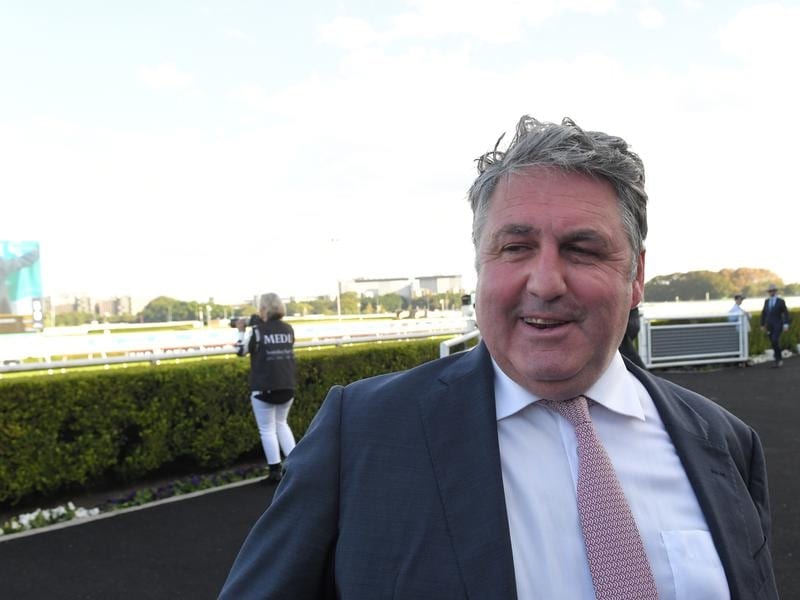 The Anthony Freedman-trained Bendigo winner Heirborn will step up to city class at Flemington.

After making an immediate impression at his first start during the final week of his juvenile season, Heirborn is favoured to take another step up in his city debut at Flemington.

Heirborn strode to a 3-3/4-length victory in a 1300m-maiden against older horses at Bendigo on July 28 and runs for the first time as a three-year-old in Saturday’s VRC Member Helen Saffin Handicap (1400m) for which he is $3.40 favourite.

“It was a very good start and he’s a horse that we’ve always had a good opinion of since we broke him in,” trainer Anthony Freedman’s racing manager, Brad Taylor, said.

“He’s just taken a bit of time to mature, hence why he didn’t have his first start until July but it was really pleasing the way he did it.

“He still raced a little bit greenly but he has taken good benefit from that, fitness-wise, and in terms of race experience he should be a better horse for it.

“He has come through that first start really well. He worked with a pretty handy horse of ours on Tuesday morning and got the better of that horse.

Taylor said the stable would wait until after Saturday’s benchmark-70 race before confirming immediate plans for the gelding.

“He could be one we give a couple of weeks break now and then set him for a couple of races at the back end of spring, whether that be a Carbine Club Stakes or something like that,” he said.

“But we’ll just get through tomorrow and see where we go from there.”

Heirborn was one of 14 individual two-year-old winners of 20 races for Freedman during 2018/19.

That group was headlined by Group One Blue Diamond Stakes-winning filly Lyre who is scheduled to make her new season return in Saturday week’s Group Three Quezette Stakes (1100m) at Caulfield.

Dual stakes-winning colt I Am Immortal is likely to resume on the same day in the Vain Stakes (1100m).