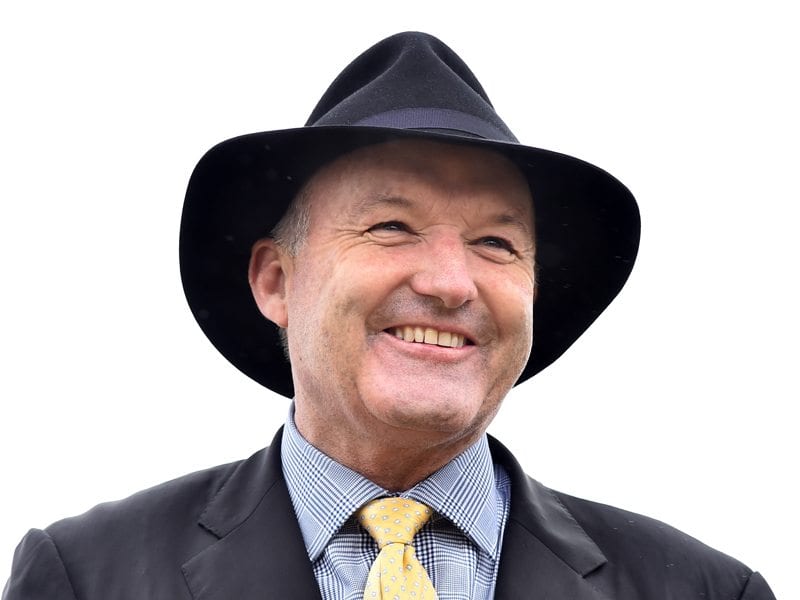 David Hayes is hoping He Or She can spoil the party for the two favourites in the Caulfield Stakes.

A Hall of Fame trainer involved in the famous match-race between Better Loosen Up and Let’s Elope at Caulfield is hoping to spoil the party for the two favourites in the three-horse Caulfield Stakes.

While Saturday’s Group One Caulfield Stakes isn’t quite the same as when Let’s Elope defeated Better Loosen Up in 1992, the 2000m weight-for-age race pits two of Australia’s best-performed horses against each other for the first time.

Champion mare Winx is the $1.18 favourite to win her 12th-straight race and eighth at Group One level and will be up against Black Heart Bart ($4.40) who has won two Group One races already in Melbourne this spring.

David Hayes, who now trains in partnership with his son Ben and nephew Tom Dabernig, has the outsider of the field in He Or She at $26.

“I’m hoping it is a match-race and I gate crash it,” Hayes said.

Hayes had champion Better Loosen Up in the match-race with Let’s Elope and said it was an exciting encounter.

“He was just left in front and he was not a horse that leads,” Hayes said.

“He was coming back from a tendon injury so it wasn’t the real Better Loosen Up, but he still made a great race of it.”

Hayes had been looking to run He Or She in Sunday’s Cranbourne Cup but decided to instead change tack to the Caulfield Stakes against the two stars with $360,000 for first, $108,000 for second and $54,000 for third.

“We’re going to sit back behind them, let the race unfold and try to pick them up late.

“He’s run second in two Group Ones at his past two starts and he’s probably getting to his pet distance.

“They’re obviously both very hard to beat, but Black Heart Bart is probably not famous for 2000 metres and like Kingston Town, Winx has never raced at Caulfield before.

“He couldn’t win there (at his first start at Caulfield), so she might hate it. It’s hard to see her hating it in a three-horse race though, isn’t it?

“I’ve got a feeling He Or She might split them.”

“And when you’ve got an outsider that’s looking for 2000 metres and has got Group One form in his last two starts, he’s not really an outsider is he,” he said.