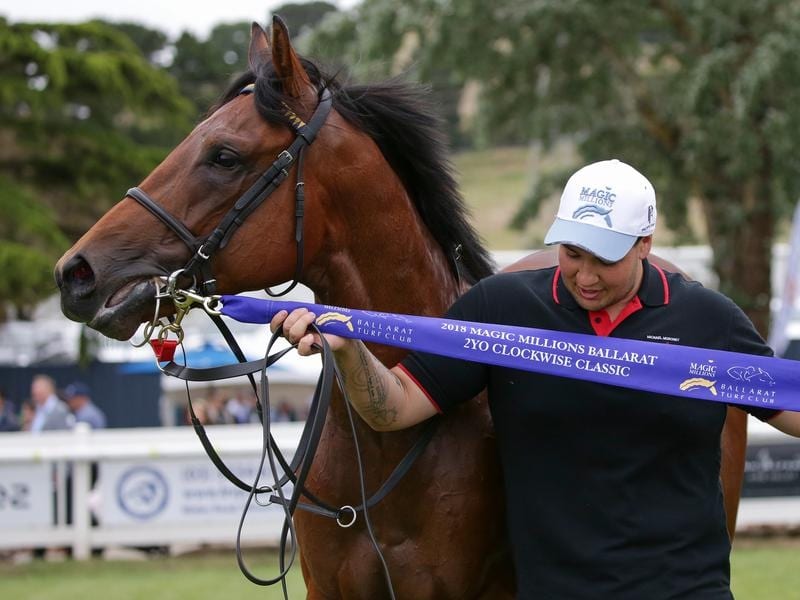 Trainer Mike Moroney expects a rise in distance to suit Hawker Hurricane when he runs in the Sires’ Produce Stakes at Flemington.

The trainer could not believe his eyes as the two-year-old was beaten for speed in the Blue Diamond Stakes at Caulfield on February 23.

Moroney expected the addition of blinkers would mean Hawker Hurricane was handier in the run. Instead he was out the back and struggling to keep up.

“I know they ran a second quicker early than they did for the Preludes, but we were quite surprised he couldn’t keep up, especially with the addition of blinkers,” Moroney said.

“He was going to run 10 lengths off them and run really poorly, but he probably made up five lengths in the last 150 metres and did really hit the line.

“On the corner he was under pressure and going backwards but when he (Mark Zahra) tried him he eventually did pick up and did run home that last bit.

“In that regard the 1400 metres should really suit him and I think Flemington will suit him better than Caulfield too.”

Mark Zahra again rides the colt having been on him in his three previous starts.

He returned with a solid third in a Blue Diamond Prelude on February 9, two weeks before running 12th in the Blue Diamond.

Saturday’s performance will determine whether Moroney pushes him further into the autumn.

He said the options were the Group One ATC Sires’ Produce Stakes (1400m) at Randwick on April 6 and the Champagne Stakes (1600m) a fortnight later.

“If we did go to Sydney I’d say that would be it and then we’d concentrate on the spring,” he said.