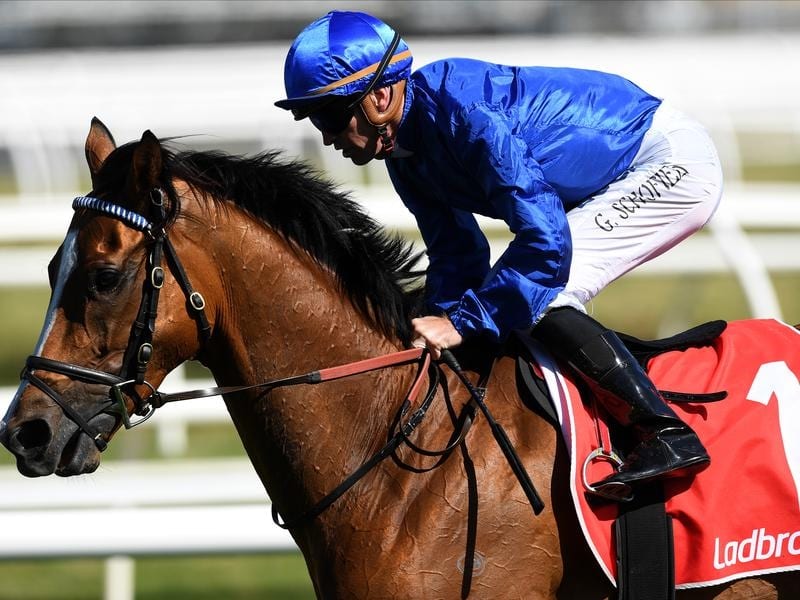 Hartnell will be in familiar territory when he starts his spring campaign in the PB Lawrence Stakes.

As nine-year-old Hartnell prepares to launch his latest preparation in a familiar weight-for-age race, trainer James Cummings is convinced the grand campaigner retains his zest for racing.

Hartnell resumes from a spell in Saturday’s Group Two PB Lawrence Stakes at Caulfield, the same 1400m weight-for-age race Cummings has used to start the gelding’s past two spring campaigns.

After winning the Lawrence first-up two years ago, Hartnell was second in the event last year while in between those two spring campaigns he also won a C F Orr Stakes over the Caulfield 1400m first-up from a spell in February 2018.

Saturday’s Lawrence will feature a rematch between Hartnell emerging star Mystic Journey, who defeated the Godolphin operation’s stable stalwart in the $5 million All-Star Mile at Flemington in March.

The Adam Trinder Mystic Journey headed to the spelling paddock after that All-Star Mile triumph while runner-up Hartnell continued his autumn campaign in Sydney where he added minor placings in both the Doncaster Mile, under top weight of 58kg, and in Winx’s swan song in the Queen Elizabeth Stakes.

“I’m keen to see how far off Mystic Journey he is,” Cummings said.

“She’s the Cox Plate favourite and we’ll get a wonderful guide on where he stands.”

The Caulfield track was posted as a Soft (5) on Thursday, an improvement on the Soft (6) rating a day earlier.

Trinder hopes the track will be at worst a soft (5) on race day as he believes genuine soft conditions would negate four-year-old Mystic Journey’s winning chances despite expecting her to run well first-up.

Cummings also has a strong hand in the other feature races on the Lawrence Stakes program.

Exhilarates and Pin Sec resume in the Quezette Stakes, Bivouac is favourite to make a winning return in the Vain Stakes while Haunted runs in the Regal Roller Stakes.