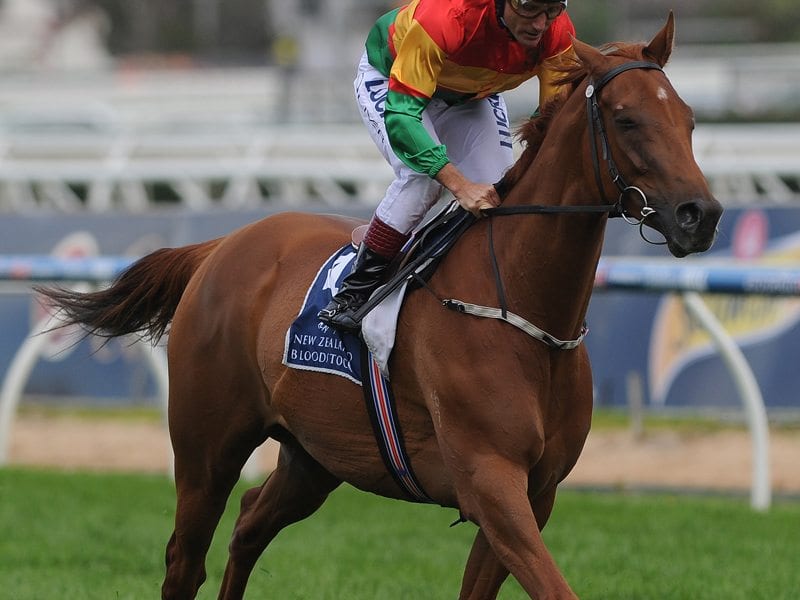 Happy Trails will front up for the fifth-straight year in the Turnbull Stakes at Flemington.

Happy Trails will front up for the fifth-straight year in the Turnbull Stakes at Flemington and his trainer Paul Beshara believes the veteran is still up for the fight.

“He is the Rocky Balboa of the racing world,” Beshara said.

“He’s there all the time. No matter how old he gets, he just keeps being there. And he keeps competing.”

The nine-year-old won the Turnbull Stakes in 2013 and his performance in Sunday’s 2000m Group One race will shape the rest of his spring.

Happy Trails has contested the past four Cox Plates at Moonee Valley with his best result a close second to Shamus Award in 2013.

“We’d like to target the Cox Plate. But the Turnbull will tell us where we’re going,” Beshara said.

Happy Trails finished fifth in the 2012 Turnbull and won it in 2013 but has been unplaced the past two years.

“The last two he was unlucky,” Beshara said.

This year Beshara has taken a different approach to get the gelding to the Turnbull at his second start of the preparation rather than his fourth as he has done previously.

“He’s older now and I don’t want to inundate him with runs,” Beshara said.

“I’m just trying to space his runs out a bit.”

Beshara is hoping the rain stays away because Happy Trails likes dry ground.

Sunday’s field of 13 contains nine Group One winners headlined by Hartnell who makes his first Melbourne appearance for the season, and last year’s winner Preferment.

Beshara has watched the John O’Shea-trained Hartnell’s recent wins and said the gelding has been going exceptionally well but added he has also seen the best get beaten.

“The only one I never saw get beaten was Black Caviar. But the rest all get beat,” he said.

There had been a question mark over whether Happy Trails would return for another spring after his autumn preparation which culminated in a fifth in the Queen Elizabeth Stakes.

Beshara said he let the horse guide him.

The trainer was pleased with the way he finished the race off for eighth in the Makybe Diva Stakes and said he’d progressed nicely.

“I was always hoping he’d come back but we left it up to him,” Beshara said.

“I brought him in and put him back into work and he loves being in work. He loves his racing.

“He’s still got a sprint at the end of his race, so while he’s doing that he can stay racing. When he stops, he can retire.”