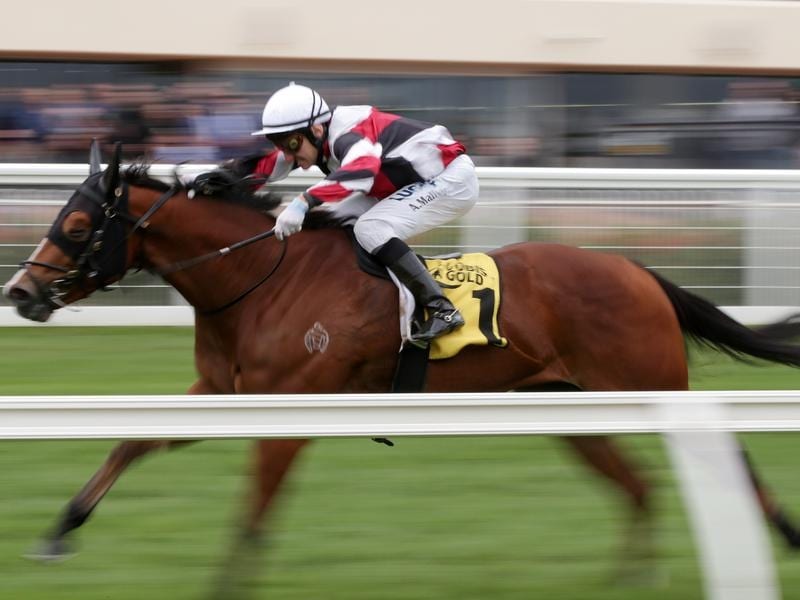 Halvorsen takes on the older horses in the All Victorian Sprint Series at Flemington on Saturday.

Three-year-old Halvorsen will face a late-season test against older horses when he runs in the Listed All Victorian Sprint Series Final at Flemington on Saturday.

In previous years the Listed AR Creswick Stakes for three-year-olds has been run on the corresponding program to Saturday’s at Flemington, but this year that race was moved two weeks earlier, opening up the option for trainer Robbie Griffiths to run Halvorsen in both races.

Halvorsen finished a close second to Gytrash in a 1000m race against his own age at Flemington two starts ago before running fifth to the same sprinter in the Creswick Stakes (1200m) on a soft (7) track.

Halvorsen, to be ridden by Beau Mertens, was the $3.80 favourite on Friday and Griffiths believes the prospect of a drier surface than last start will suit.

Flemington was rated a soft (5) on Friday.

“He’s probably a little disadvantaged on the ratings/weight scale for a three-year-old against the older horses, but I thought both his Flemington runs have been good,” Griffiths said.

“I think his second was terrific and then (jockey) Andrew Mallyon thought last start that the ground was just too wet for him.

“He will appreciate running on a slightly firmer rating, and that being the case he could certainly get amongst the action.

“There’s no three-year-old sprints until the 20th (July), so we thought we would try this out and then have a look at the race on the 20th at Flemington back against the three-year-olds.

“Then he will probably have a rest and come back in the summer for races like The Standish.”

Griffiths believes pressing on late into July with Halvorsen can work out well for the gelding with a view to coming back for a likely summer program late this year ahead of potential feature sprint targets next autumn.

“He’s probably not seasoned enough yet to have a crack at the big time in the spring,” Griffiths said.

“So he might be better off resting in August and returning to racing around December to get ready for a race like The Standish. And then he can mature as an autumn four-year-old.”

The Group Three Standish Handicap (1200m) is traditionally on January 1 at Flemington.