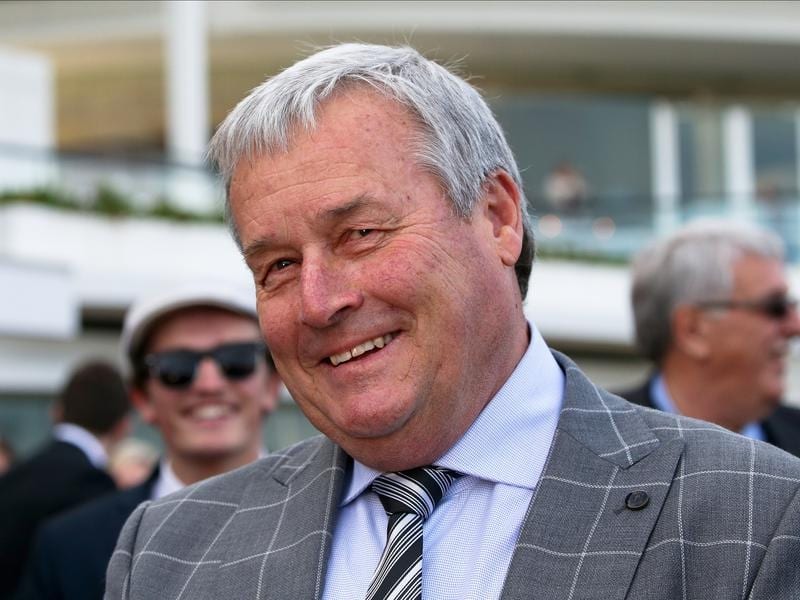 Trainer Gordon Richards has waited half a century to get a horse as good as Gytrash, who has announced himself as a serious Everest threat with a Concorde Stakes victory over star sprinter Nature Strip.

The pair met for just the second time at Randwick on Saturday and as it was in the Lightning Stakes at Flemington, Gytrash came out on top.

Nature Strip shared the lead with Ball Of Muscle and Jason Collett aboard Gytrash ($5) stalked them, mowing down the $1.45 favourite to score by 1-1/2 lengths with Dirty Work ($10) a bold third.

The 1000m sprint was billed as a precursor to The Everest but to Richards, the race meant much more.

“This is big to be at Randwick today. I know it was only a Group Three but we’re happy,” Richards said.

“I have been around a long while and I just wish things like this would have happened when I was 30 or 40, not 69.

“It took me 50 years to become an overnight sensation.”

Nature Strip’s trainer Chris Waller was far from disappointed and said while his charge was forward, he traditionally improved deeper into his campaign.

“I thought he was close to perfect today. The winner is a very good horse and we’re not playing B-grade, we’re playing A-grade,” Waller said.

“I think when we get to 1200 metres he can sustain pressure and be a lot more comfortable.

“From a first-up perspective I thought his run was really good.”

Richards likewise has no doubt Gytrash will continue to improve and he will weigh up whether to give the sprinter one more start before his grand final on October 17.

Having his first race ride on the gelding, Jason Collett said Gytrash was a professional.

“He got behind the gates and he was just switched on,” Collett said.

“When he jumped he had the back of Nature Strip and I just didn’t let him get away from me.

“He’s just had the one trial so wasn’t 100 per cent but he has run him down nicely.”

Dirty Work was the surprise packet of the race and jockey Tommy Berry was rapt with his performance to finish third, a half-length behind Nature Strip.

“He’ll be better when he gets up to 1100 metres and he was beaten by two Group One winning horses,” Berry said.