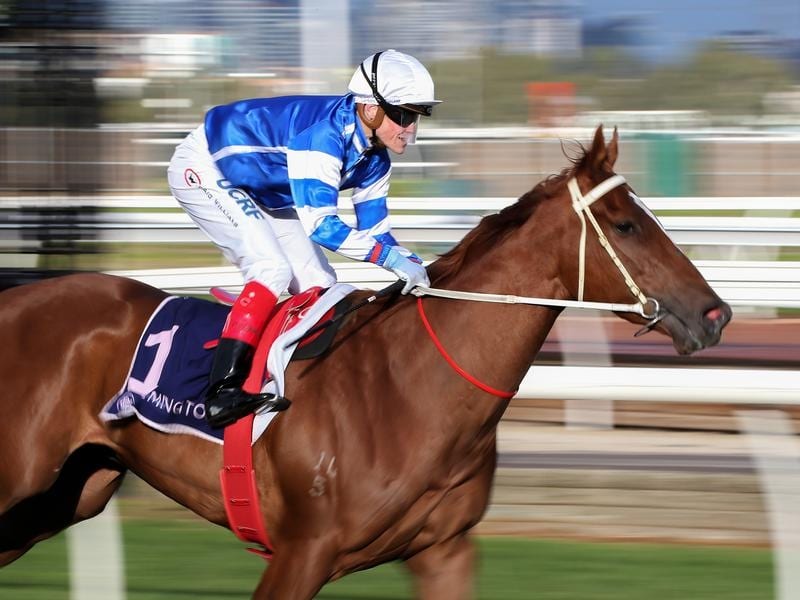 Adelaide sprinter Gytrash will be set for an ambitious Group One autumn campaign in Melbourne.

Smart Adelaide sprinter Gytrash is back in work after missing a spring campaign because of a knee injury.

Trainer Gordon Richards hopes to target Melbourne’s rich autumn sprint races with the four-year-old but will not lock in a program until he assesses the gelding in the early stages of his campaign.

A dual winner up the Flemington straight in June, Gytrash had one spring run, finishing second to Crystal Dreamer in The Heath 1100 at Caulfield on August 31.

Gytrash suffered bone bruising to the bottom of a knee which Richards said needed rest.

Gytrash completed pre-training last week and returned to Richards’ Morphettville stable with the trainer saying he will need to manage the gelding differently this campaign.

“He’s a sprinter, so he doesn’t need to be overdone.

“The Lightning Stakes, the Oakleigh Plate, the Newmarket are three main races, but it’s a bit touchy because he’ll be getting trained on pretty hard tracks.

“We’ll keep an eye on him and may have to give him a bit of a break and bring him back on the softer tracks through the winter.”

Richards was in Melbourne on Saturday when he continued his successful run at Flemington with Bold Star winning the Festive Season Sprint (1000m).

It was Richards’ sixth winner from eight starters at the track but his luck turned when Flop finished last in the Merry Christmas VRC Member Handicap.

Richards said he was at a loss to explain why his horses race so well at Flemington, especially down the straight.

“I had a horse seven or eight years ago, Belfast Boy, that used to come over and run so well up the straight.

“I don’t know what it is, but it’s great money over here, so why not come over.”