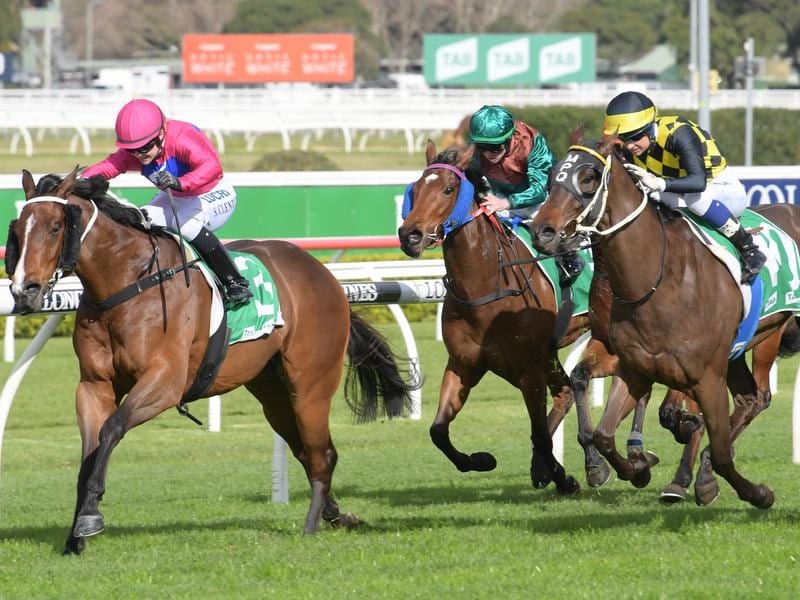 Port Macquarie trainer Marc Quinn is already looking a long way into the future with Randwick winner Gumshoe who he believes can be a genuine Country Championship contender.

The $500,000 final of the Country Championship series is not until next April and Quinn has to decide the right path to get Gumshoe there.

The gelding’s win in Saturday’s Highway Handicap (1200m) for country-trained horses was his third and he can only win a maximum of five races to be eligible for the Country Championship heats.

“A big syndicate owns him and we have always liked this horse but I was a bit hesitant how he would handle the heavy track,” Quinn said.

“He may go out for a break now and we will work out how to attack the Country Championship.”

Gumshoe ($7.50) was ridden by Jenny Duggan who notched another milestone with her first win at Sydney’s premier track.

Duggan steered Gumshoe to beat I Am Capitan by a half neck with Samantha Clenton aboard.

Last Saturday both Duggan and Clenton, who are mature-age apprentices, made their marks as the first mothers to ride winners on a Sydney program.

“I used to work for Marc Quinn a lot of years ago and I knew the horse would be cherry ripe,” Duggan said.

“He has had bad gates in the past but he drew barrier two today so we thought it would be nice to get some cover with him.

“We travelled beautifully, needed the split and we got it and his class got him there.”