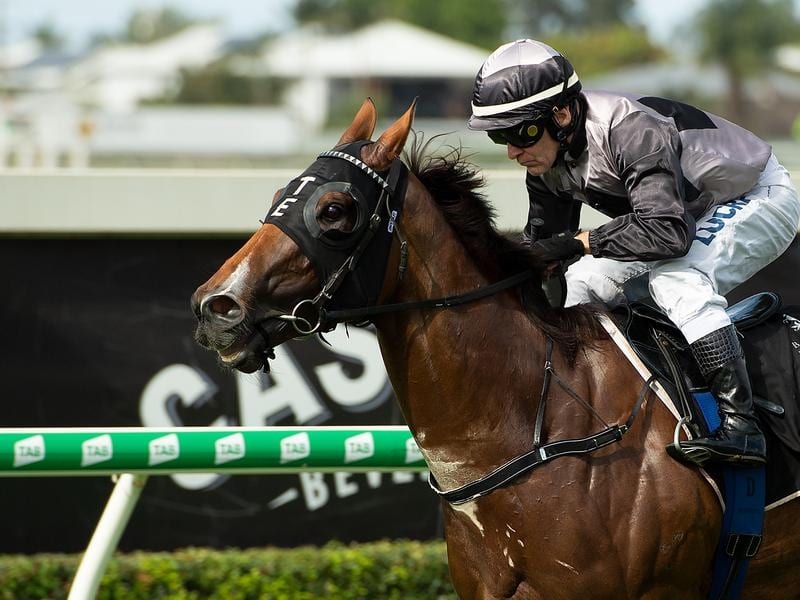 Australian sprinter Houtzen is scheduled to line up in the Group One Nunthope Stakes at York.

Australian mare Houtzen could renew rivalry with her King George Stakes conqueror Battaash, with connections keen to pay a late entry for the Nunthorpe Stakes at York.

Formerly trained by Toby Edmonds, Houtzen went to England for the King’s Stand Stakes at Royal Ascot with owners Aquis Farm then planning to have her served by Lope De Vega.

She is now in the care of Martyn Meade and her racetrack career looks like being extended with Friday’s race at York the next step.

“The owners are thinking about supplementing Houtzen for the Nunthorpe, so it is a good possibility she might run there,” Meade said.

“She is in good form and has come out of that race really well. I think she surprised everybody that day, but she ran a good race and there is plenty of improvement in her.

“The target for her later in the season will be the Abbaye on Arc day.”

Another Australian mare, the Paul Messara-trained Ortensia, won the 2012 Nunthorpe.

Meade is likely to give Advertise the chance to claim a third Group One success this season in the Sprint Cup at Haydock.

The trainer has earmarked the six-furlong (1200m) contest on September 7 for the winner of the Commonwealth Cup at Royal Ascot and July Cup runner-up.

“Advertise is in great form and is raring to go. We were thinking about the Champions Sprint at Ascot for him, but we will target the Haydock race,” Meade said.

“He doesn’t have much to prove really, which is nice. We will just take it race by race, as really it is job done as far as he is concerned.”