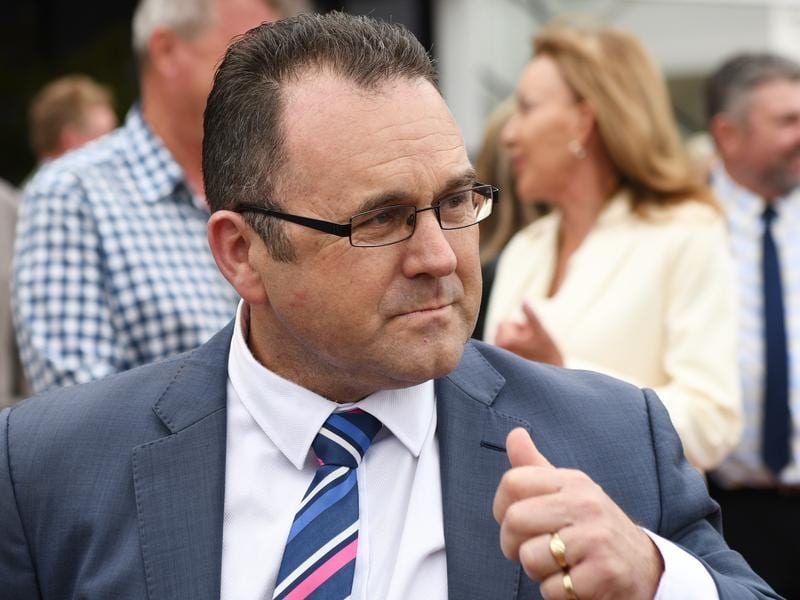 Trainer Robbie Griffiths is chasing his Blue Diamond dream with Glenfiddich at Caulfield.

Trainer Robbie Griffiths is counting on Glen Boss weaving some of his feature race magic when he rides Glenfiddich in the Blue Diamond Stakes at Caulfield.

Boss has a happy knack of bobbing up in feature races, sometimes when least expected, and rides Glenfiddich for the first time in Saturday’s Group One feature for two-year-olds.

“That’s the beauty of having Bossy on,” Griffiths said.

“He has an unbelievable knack of being first past the post in these big races.

“Glenfiddich is going to run a great race, but is he good enough, that’s the big question.

Griffiths outlaid $200,000 for Glenfiddich, who is by Fastnet Rock out of Nothing But A Dream, at the Gold Coast last year knowing the colt’s pedigree suggested he would need time.

But as a proud Victorian trainer Griffiths likes having a runner in the state’s premier two-year-old race.

It is a race Griffiths has yet to win, but not through a lack of trying.

Griffiths said his beat chance had been Burnside who died of a heart attack after a debut win in a Blue Diamond Preview at Sandown in 2015.

“He had the pedigree to be a Diamond winner,” Griffiths said.

“He was a Redoute’s Choice who is renowned for producing Diamond horses and was out of a Group One-performed daughter of Merlene.

“The other Diamond horses I’ve run were cheaper yearlings that had run placings in the Previews and Preludes but they weren’t really strong enough in the final.

“I think he will be a better older horse as Fastnet Rock himself was and even though he has produced juveniles, history says they are better as they get to three and four-year-olds.

“This guy is like that but I think he’s going a lot better than we all thought he would.”

Still a maiden, Glenfiddich resumed with a first-up second to $2.50 Blue Diamond favourite Hanseatic in the Preview at Caulfield on January 25 before finishing fifth to that horse in the Prelude two weeks later.

“Blue Diamonds are a race of fractions and you need that luck at the right time,” Griffiths said.

“I think Hanseatic is superior to everything else and he’s going to have a pretty soft first half from barrier one, but he’s still going to need the luck.

“However he has the ability to give away a head start and still win.”