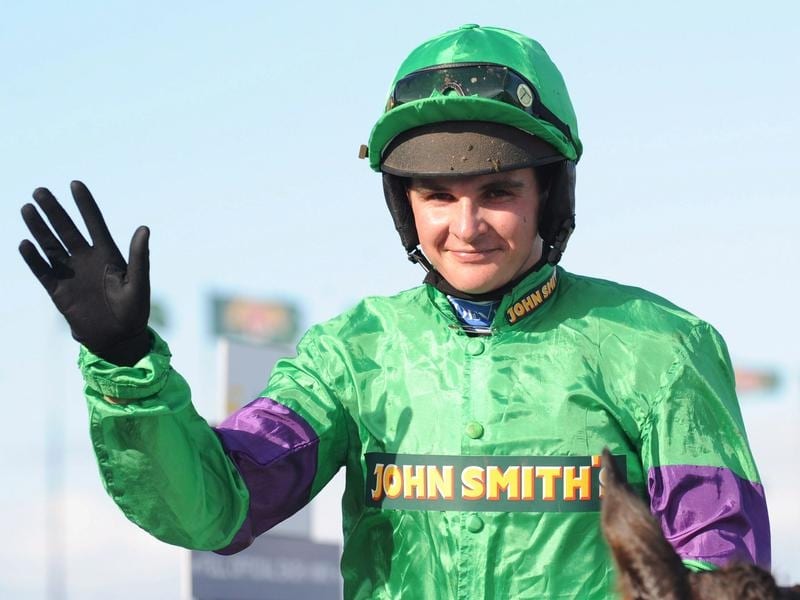 Grand National-winning jockey Liam Treadwell has been found dead in a property in England.

Treadwell sprang one of the biggest surprises in the world’s greatest steeplechase when riding 100-1 outsider Mon Mome to victory in 2009 for trainer Venetia Williams, on his first attempt.

Other big-race successes for Treadwell included the Grand Sefton Handicap Chase at Aintree on Bennys Mist in 2015 and the Byrne Group Plate on Carrickboy at the Cheltenham Festival in 2013.

Treadwell announced his retirement from riding in February 2018, but returned to the saddle in March 2019.

As well as still riding, he was assistant to the Bridgnorth-based trainer Alastair Ralph, who described Treadwell’s death as “unbelievably sad” and a “big shock”.

Treadwell rode more than 300 winners during his career.

A statement from West Mercia Police read: “Earlier this morning police were called to an address in Billingsley, near Bridgnorth, following the death of a man in his 30s.

“The death is currently being treated as unexplained. However, at this stage there is believed to be no third-party involvement.”

Mick Fitzgerald – also a Grand National-winning rider having landed the Aintree spectacular aboard Rough Quest in 1996 – is a former weighing-room colleague of Treadwell’s.

He told Sky Sports Racing: “Seeing him winning the Grand National is in many ways the best way to remember him.

“He was a really nice guy, he was a lovely rider – and it’s just awfully sad. It’s sad for his family and anybody connected with him. It just highlights again how precious life is.”

“Liam had a fine career in British racing, riding over 300 winners in the 17 years that he held a jockeys’ licence, obviously none more memorable than his remarkable 100-1 Grand National success on Mon Mome in 2009 – a ride that cemented his place in racing folklore,” Rust said.

“The racing community will be united in grief today, and the thoughts of everyone at the BHA are with Liam’s friends, family and colleagues.”