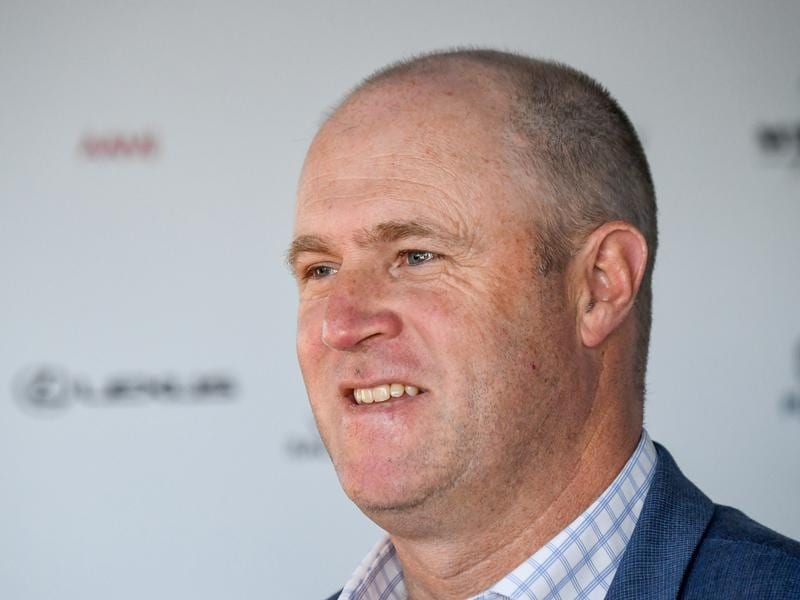 Trainer Danny O’Brien is excited about in-form Grand De Flora stepping out to a middle distance.

Melbourne Cup-winning trainer Danny O’Brien expects a late-season race for three-year-olds at Caulfield will provide a good test for Grand De Flora when the blue-blood filly bids to continue a rise through the grades in Victoria.

By champion New Zealand sire Savabeel out of three-time Group One winner Daffodil whose feature wins included the 2009 Australian Oaks, Grand De Flora has won four of her seven starts.

The filly began her career in New Zealand before her owner-breeders from Waikato Stud sent the three-year-old across the Tasman to O’Brien in Victoria with whom she has had four starts for three wins.

“They breed nice horses and they like to have them in Australia if they can,” O’Brien said.

“If they’re good enough, obviously the prize money and potential black-type races in Australia are very attractive for them. They’re always happy to get horses over here that they think they can be competitive.”

After posting back-to-back victories in midweek city races over 1600m at her past two starts at Sandown, Grand De Flora steps up to 2000m for the first time in Saturday’s Neds Handicap against her own age.

“She is certainly ready for it and she’s got the pedigree to do it,” O’Brien said.

“She’s been racing like she is going to get the 2000 metres so we’re looking forward to seeing her over that distance on Saturday.

“She seems to be getting better every time she steps out so we’ve been very pleased with what we’ve seen from her so far.”

O’Brien said Saturday’s race would tell them a lot about upcoming plans for the filly.

“If she won on Saturday then maybe we could think about potential spring targets,” he said.

“It’s a good test for her. I think it’s a really nice race. There are two or three very good three-year-olds in it and that’s going to give us a lot more of an indication.”

Grand De Flora was the $3.40 second favourite on Thursday behind the Mick Price and Michael Kent Jnr-trained Right You Are ($2.80) who has three wins and three placings from his six starts.