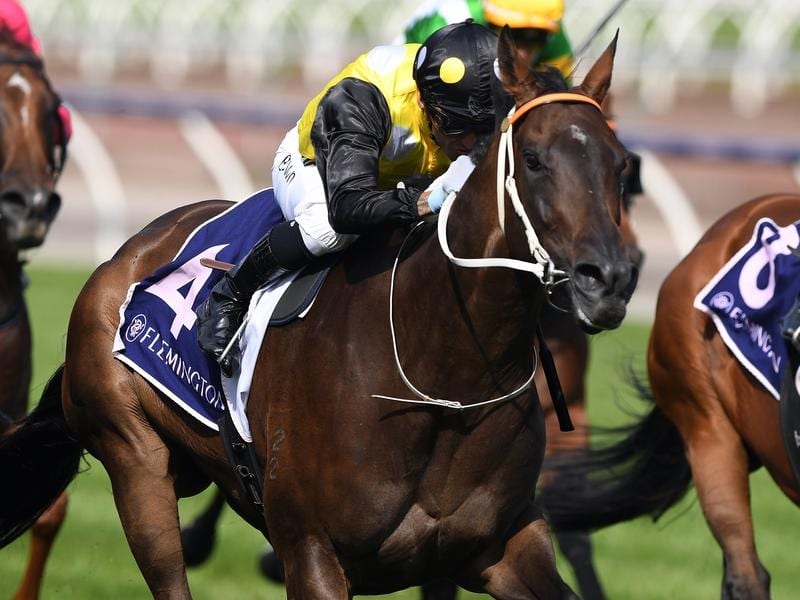 In Her Time will run in a barrier trial at Newcastle as she continues her Everest build-up.

The Kris Lees-trained Graff will have a second barrier trial at Newcastle ahead of his bid to secure a slot in the $14 million Everest.

He will be joined in Monday’s 900m-heat by five stablemates including Group One winner In Her Time who already has a slot in the Everest on October 19.

Lees plans to run Graff in the Group Three Concorde Stakes (1000m) which will feature several other Everest contenders including defending titleholder Redzel.

Lees will pick another race for Lightning Stakes winner In Her Time who runs for Inglis in the Everest.

Group One winner El Dorado Dreaming will run in the second of two heats on the Newcastle course proper while Lees-trained stayers stayers Red Cardinal and Sixties Groove will be among those to step out over 1200m on the Beaumont track.

Adelaide trainer Mark Minervini, who is in the process of relocating to Newcastle, will have several runners at the trial session.