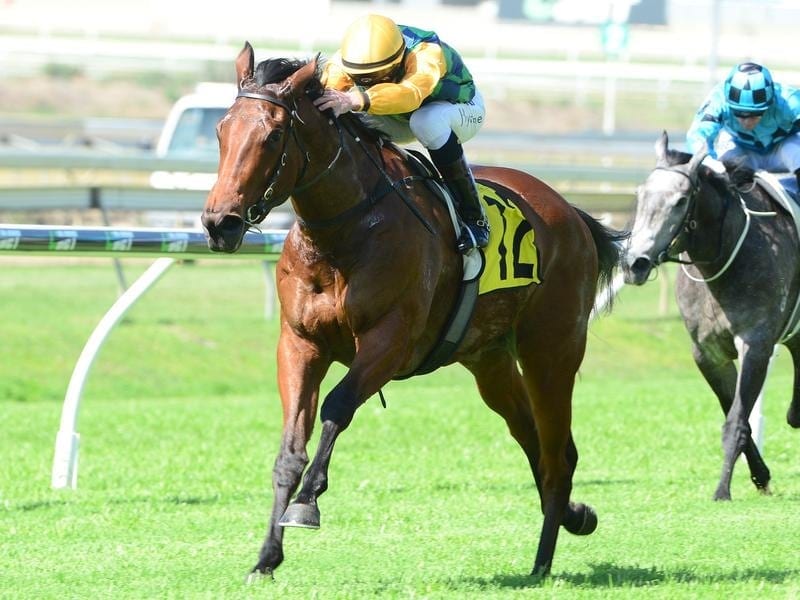 Hollaback Girl was one leg of a Doomben double for leading trainer Tony Gollan.

Five-time champion trainer Tony Gollan began the climb back up the premiership ladder with a double headlined by exciting Hollaback Girl at Doomben.

By his standard, Gollan has had a slow start to the season and was in fifth place on six winners coming into Wednesday’s meeting.

“We haven’t had a lot of horses racing … but things should pick up from here,” Gollan said.

His patience with well-bred Hollaback Girl paid off when she strolled home to win a maiden (1050m) in class-record time.

The filly was picked out at the Magic Millions sales by noted breeding expert Brad Spicer who put together a syndicate to race her.

Hollaback Girl was well beaten at her first start in April but Gollan said there were excuses.

“It was her first start on a wet track against experienced young horses,” Gollan said.

“We decided to be patient with her and it is paying off. Her trials were good leading into this and she is a Saturday class horse for sure.”

Just Orm appreciated the step back to mid week class and led all the way in Benchmark 75 race over 1110m.

“I made the mistake of running him in open company first up. He is a Saturday horse but at not further than 1110m,” Gollan said.

Al KIngdom ($1.55 after $4.20 was bet early) completed a good week for trainer Liam Birchley and owner Mark McLean when he landed some big bets in winning a maiden over 1350m.

Birchley and McLean’s horse Crack Me Up was named the 2017-18 Queensland Horse of the Year on Sunday night and while Al’s Kingdom has a long way to reach the heights he was impressive.

“I expected him to get an easier lead and he did a good job but I wasn’t expecting him to win by five lengths,” Birchley said.