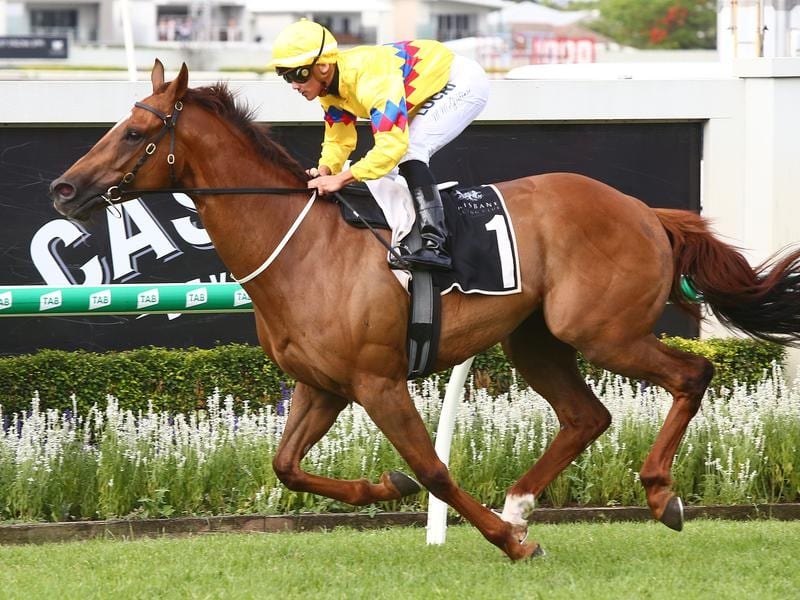 Trainer Tony Gollan will rely on veteran Coldstone in the Brisbane Handicap at Doomben.

Premier Brisbane trainer Tony Gollan will rely on veteran Coldstone in the Listed Brisbane Handicap after injury forced in-form Silvera out of the summer carnival.

Silvera was a star of the late winter winning the Rockhampton Cup and Tatt’s Mile before a spell.

He returned in fine fettle and trialled well before a first-up fourth in the Listed Recognition Stakes two weeks ago.

Gollan had been looking at the Brisbane Handicap or Group Two Villiers Stakes in Sydney on December 14 for Silvera.

But the horse suffered an eye injury in the Recogniton Stakes and will be out for several weeks.

“He must have got hit by a flying clod and he is still at the vet,” Gollan said.

“It is unfortunate but it has basically put him out for the summer. The horse was flying and I was really looking forward to the next few weeks with him.”

Gollan had Coldstone and Snitch in Saturday’s $125,000 Brisbane Handicap but scratched Snitch when he drew barrier 14.

The horse will instead run in a benchmark race on the Doomben program.

Coldstone won the Brisbane Handicap last year and also won the Prime Minister’s Cup in May.

He has struggled this campaign on the hard Brisbane tracks and Gollan is looking for an improvement.

“He has won four times at 1600 metres and getting out to that trip might help,” Gollan said.

Gollan has a strong hand in the Listed Bribie Handicap with former Victorian Invincible Al to make his Queensland debut.

Invincible Al won six races when trained by Patrick Payne and is raced by a syndicate headed by Joe O’Neill who has most of his Queensland horses with Gollan.

“Invincible Al has had two trials for us and I liked the way he went,” Gollan said.

“There is plenty of depth to our 1000 metre races at the moment but I expect him to go well.

“Drawing barrier four should be a big help.”

Jake Bayliss, who has been riding more extensively for Gollan, has picked up the Invincible Al mount.

“I have been impressed with Jake since he moved here in the winter,” Gollan said.