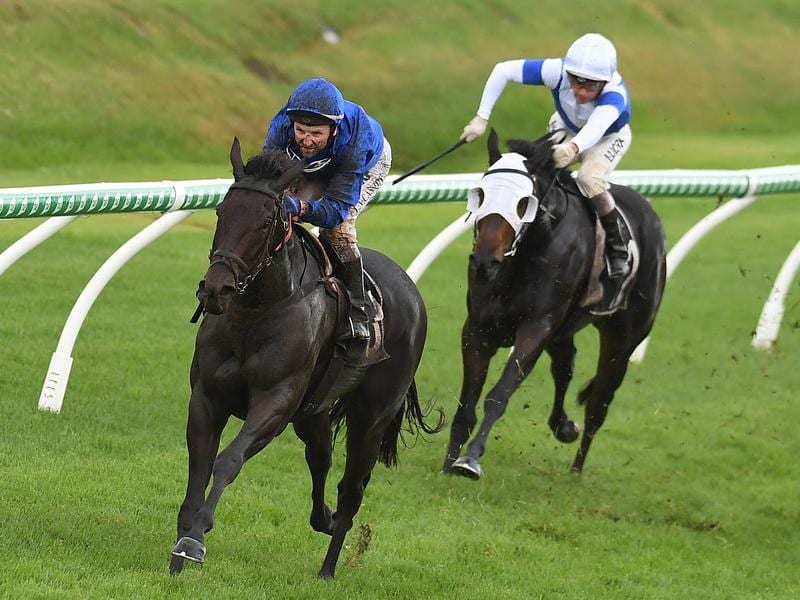 Plague Stone has continued the Goldolphin stables winning ways with victory at Doomben.

The decision to geld promising three year old Plague Stone has helped the Godolphin stable pick up where it left off in the summer with its first 2019 winter carnival winner.

Plague Stone ($3.10) was a handful in the barriers but was still far too good for the Listed Mick Dittman Plate (1100m) field at Doomben.

Godolphin dominated the Queensland summer winning the Magic Millions 2YO Classic among several other feature races.

The stable intends to have a high profile in the winter and could not have a better start than with Plague Stone, who beat Vega One ($4.60) by 3-3/4 lengths with a short neck to Spirit’s Choice ($2.70) in third.

Plague Stone was originally considered to be a Golden Slipper or Caulfield Guineas horse but failed to live up to his wraps.

He was given a long spell during which time he was gelded and returned to score a big win in a Sydney barrier trial two weeks ago.

Godolphin stable representative Nacim Dilmi said Plague Stone would return to Sydney and then come back north for the Gold Coast Guineas in a fortnight.

The gelding will then press on into the winter stakes races.

“We have always known he had the ability and this is his chance to show it. It was a strong win today and he is on the right track,” Dilmi said.

Winning jockey Larry Cassidy said the win had been even better than it looked.

“He didn’t want to co-operate in the barriers and then he was a bit slow to go, so I was further back than I wanted,” he said.

“But that was one of the heaviest tracks I have ever ridden on, so his effort really was very good.”

Trainer Tony Gollan was happy with Vega One, who finished powerfully in the final 200m.

“He can go on to the winter and hopefully for him we might get more wet tracks,” he aid.