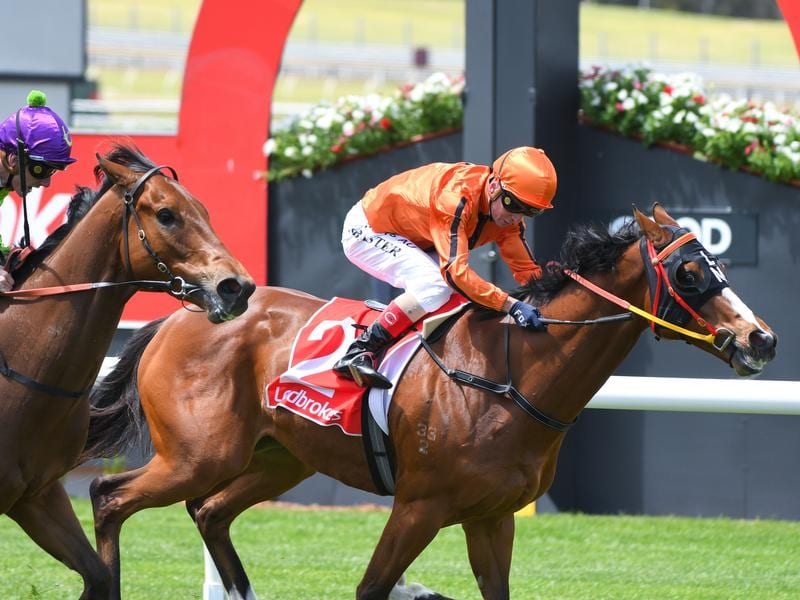 Jockey Nash Rawiller will be able call on his apprentice son Campbell if he wants any advice ahead of his ride on Gold Fields in the Villiers Stakes at Randwick.

Sydney-based Rawiller rides Gold Fields for the first time in Saturday’s Group Two race over 1600m while his son is indentured to the gelding’s trainer, Logan McGill, at Mornington and has ridden the horse in his work.

“Campbell’s had a couple of sits on him so he might be able to pass something along,” McGill said.

“But I think Nash and the horse will mesh really well and the form Nash is riding in, I’m really happy to have him on.”

Options include a trip to Dubai for races ahead of the World Cup carnival, while Villiers success would guarantee Gold Fields a start in The Doncaster at Randwick in April.

McGill said if Gold Fields won on Saturday, The Doncaster would be a drawcard.

“I’m pretty happy with the way the race has turned out on acceptances and I’m very happy with him, so I think we’ll get a really good indication on Saturday of which way we’ll be going,” McGill said.

If Gold Fields travels to Dubai, there are races short-listed in January and February ahead of the World Cup carnival in March.

McGill said there was a Listed race on turf that suited while he was also keen to try Gold Fields on dirt.

“I have a feeling that he might perform well on that which might take him to another level,” McGill said.

“Flights haven’t been booked but if we go it will be early January and a horse like him fits in really well with their ratings system.”

Should McGill elect to stay home then Gold Fields will be freshened ahead of an autumn campaign which could take in The All-Star Mile at Caulfield in March.

“It is a tricky race to get into but now that the concept has been worked out I think we’ll head in that direction,” McGill said.

“I would say he’d be guaranteed a run in the consolation race the same day, so that’s another incentive.

“The Blamey Stakes gives an automatic pass if you win, but it’s a funny thing to be talking about winning a Blamey with a horse like him.

“He’s a tradesman, he’s not a Group One horse, but he’s very honest.

“But stranger things have happened when you have a horse that puts in 110 per cent every time they go around.”

Gold Fields is a $10 chance with Quackerjack the dominant $3.50 favourite for the Villiers.