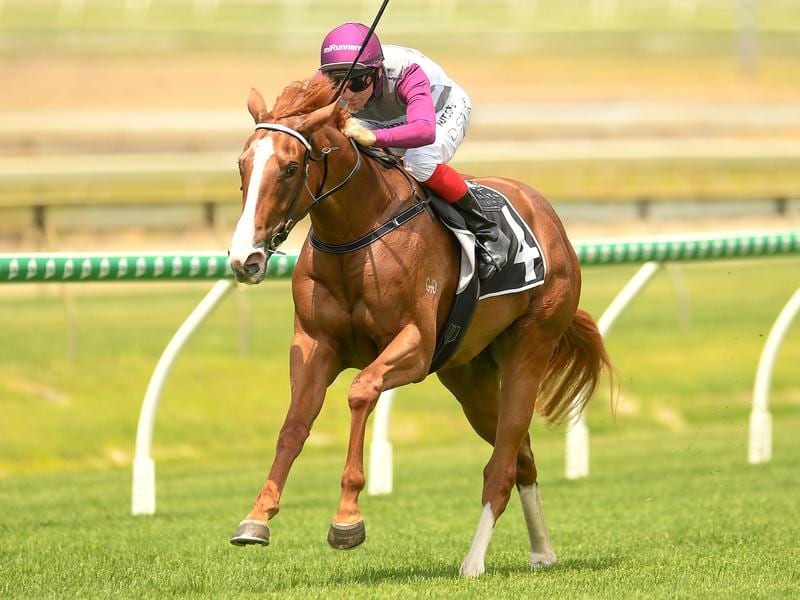 Unbeaten Dusty Tycoon will have a big cheer squad when she contests the Magic Millions 2YO Classic.

The Gold Coast Turf Club has devised an innovative plan to cater for the huge number of owners expected to support unbeaten Dusty Tycoon in the Magic Millions 2YO Classic.

Dusty Tycoon is raced by the MiRunners syndicate and 1000 shares were sold in the filly.

The idea is backed by Racing Queensland and is to involve race fans in an expensive horse for a small outlay.

Dusty Tycoon is a great advertisement for the idea and has earned a place in the $2 million Classic on January 11.

She has won both her starts and received a rock star reception from several hundred of her owners on each occasion.

Trainer Robert Heathcote believes it is wonderful thing for racing in Queensland.

“The interest she has created is good for the sport as well as those taking part,” he said.

“They are all so interested. I reckon there were 100 owners there when she won a trial on Tuesday.”

About 500 owners and syndicate members have indicated they want to be at the Gold Coast for the race.

It created a problem because there are restrictions on the numbers allowed in the official enclosure at the Gold Coast.

GCTC chief executive officer Steve Lines came up with the idea of a trackside marquee set aside for the owners.

“There is an area on the hometurn we will give them complete with all the amenities they will need,” he said.

“We want to make the day as enjoyable as possible for them. I understand they will have a ballot to select some to be in the official enclosure.”