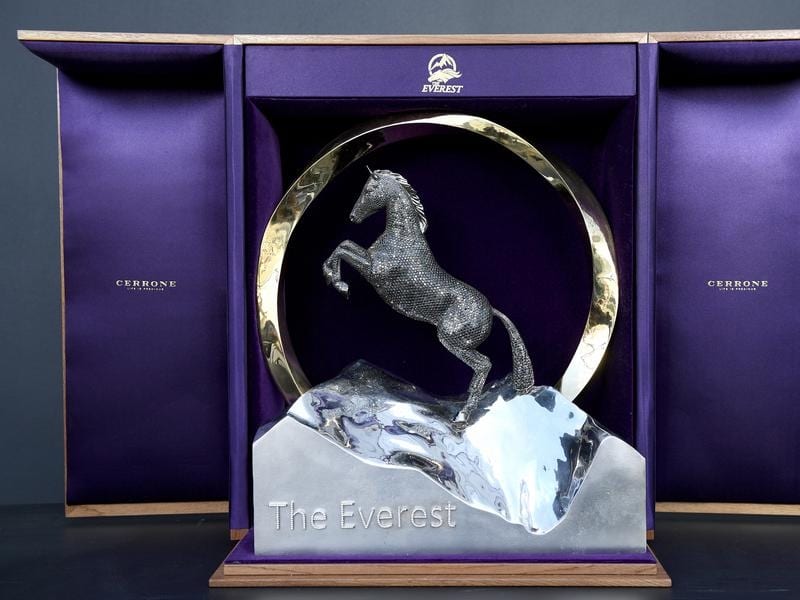 Godolphin has won the tender for the vacant slot in the $14 million Everest.

Global racing operation Godolphin has won the tender for the vacant slot in the $14 million Everest forfeited by Damion Flower’s Jadeskye Racing.

Flower is in jail awaiting the hearing of charges relating to the importation of drugs to Australia, invalidating his 2019 Everest slot.

Racing NSW put the slot up for tender two weeks ago and on Tuesday announced Godolphin had come out on top.

The Melbourne Racing Club, which hosts the Caulfield Cup on the same day, October 19, has also become part of the world’s richest race on turf by partnering with the Australian Turf Club.

“In recognition of the strength of the bid lodged by the Melbourne Racing Club, it will also be part of the 2019 Everest through a partnership with the Australian Turf Club in respect of its slot,” a Racing NSW statement said.

“The tenders lodged were very strong and extremely competitive both in terms of price and the benefit that the tenderers could add to The Everest,” V’landys said.

“Ultimately, the slot available through the tender process has been granted to Godolphin.

“Godolphin is the world’s largest and most successful owner of thoroughbred horses and its support and promotion of thoroughbred racing in Australia and internationally is unrivalled.

“The board was very impressed with Godolphin’s proposal and the benefits it will bring to both The Everest and Australian racing.

“Further, as the tender by the Melbourne Racing Club was so strong, we, and our partners the Australian Turf Club, wanted to explore every option for it to be part of The Everest in 2019.”

ATC chairman Matt McGrath said the club was pleased to combine with the MRC.

“As host of the event and also a slot holder, we are always open to consider providing great partners with the opportunity to assume our slot.

“The Australian Turf Club welcomes the partnership for 2019 with the Melbourne Race Club through their chairman Peter Le Grand and chief executive Josh Blanksby.

“Australian racing will benefit greatly with a super race day featuring The Everest at Royal Randwick and the Caulfield Cup at Caulfield Racecourse and we look forward to forging a stronger relationship beyond 2019 with the Melbourne Racing Club.”

The Godolphin-owned Osborne Bulls ran third in the race last year in the slot held by the ATC.

The first two runnings of The Everest have been won by Redzel who is again being prepared for the race.