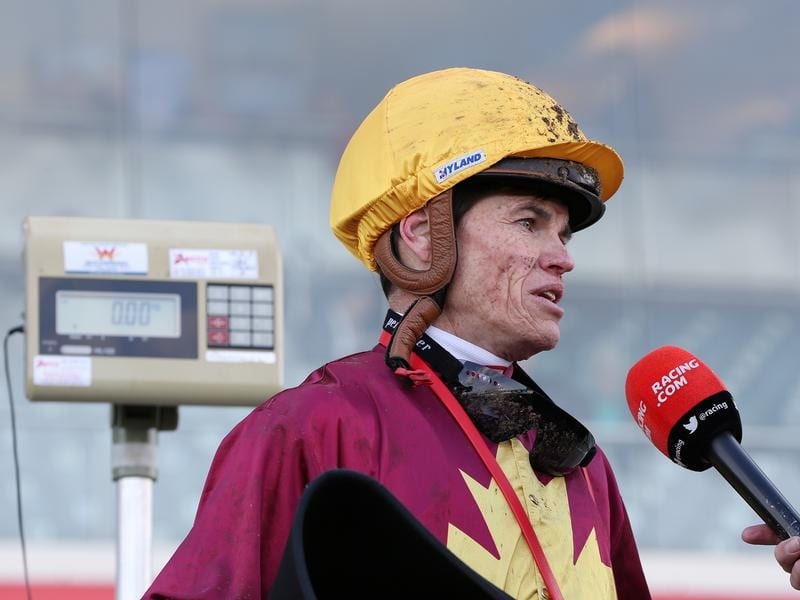 Newly crowned New Zealand Stayer of the Year, Glory Days, will get her first look at Flemington in a 1700m-handicap with connections hoping she returns to run for the big prize in the Melbourne Cup.

The winner of the Auckland Cup and third in the Sydney Cup, Glory Days has her first Melbourne start in the Vale Russell Cameron Handicap honouring the trainer who died on Tuesday.

Glory Days’ trainer Bill Thurlow is pleased with how the mare has settled in since arriving in Australia on Sunday.

“I worked her this morning and I couldn’t be happier.”

Glory Days has had one start this preparation when unplaced on a heavy 11 track at Otaki on August 17 which took a toll.

“We did have a hiccup with the race at Otaki,” Thurlow said. “That probably did set us back a little bit.”

The seven-year-old bounced back with with a trial win over 1600m at Foxton earlier this month.

She will carry 60,5kg on Saturday with Craig Williams to ride.

“She has got a lot of weight and she is only a little mare,” Thurlow said.

“I honestly couldn’t see her winning on Saturday but if she is just running on well I would be happy.”

Thurlow is also hoping Williams will be happy enough to stick with Glory Days.

“That would be nice, but there are a huge number of Europeans out here and a lot of very good horses, but I am sure if she races well she will be considered by him,” he said.

The trainer has not finalised Glory Days’ campaign heading to the Caulfield and Melbourne Cups in which she has 52.5kg and 52kg respectively.

“Her next two starts will be reasonably crucial, but she should be going close in those I would think,” he said.

“There’s a good chance she could go to the Benalla (Gold) Cup and then we’ll just see. There are some other options that weekend, but I have always planned to keep her away from the very best until I have to run against them.”