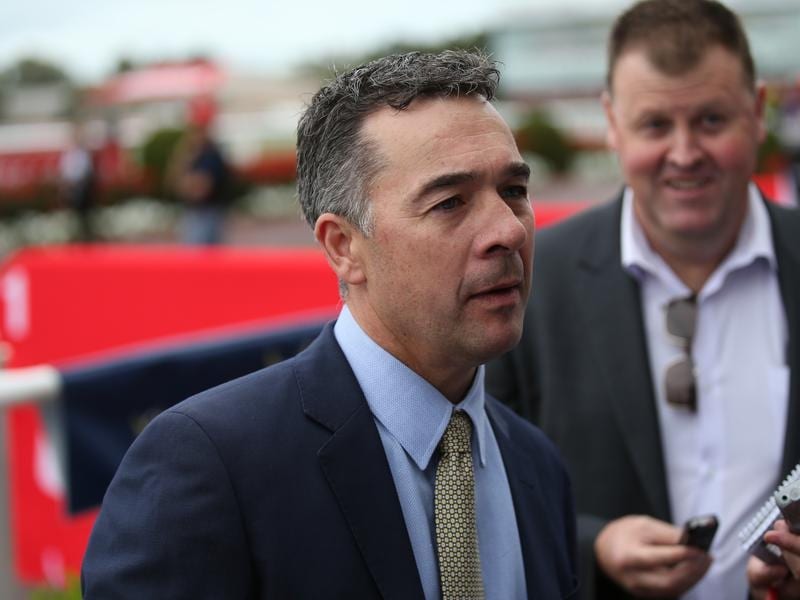 Trainer Andrew Noblet expects to get a better guide on three-year-old Ginger Jones when the half-brother to Group One winner Silent Sedition is tested in town again at Sandown.

Ginger Jones, who runs in Wednesday’s Yulong Handicap (1000m), has three provincial wins from his past four starts.

His only blemish during that period was when he finished last at his only city appearance in a straight-track 1200m-race at Flemington two starts ago.

“He was a bit out of character that day and wanted to go hard,” Noblet said.

“He pulled up with a bit of mucus so that probably had something to do with it but I don’t think he was entirely happy going down the straight either.”

Ginger Jones bounced back to win an 1100m-benchmark 70 on the Ballarat synthetic track on June 13 and Noblet is keen to see how the gelding measures up in Wednesday’s benchmark-70 for three-year-olds.

“I don’t like comparing horses. He’s a fair bit different to Silent Sedition, but I think his best trip from what he has shown us so far is up to 1200 metres.

“I thought he was quite good the other day on the synthetic track and it was probably the best he has raced.

“He’s a three-year-old with a rating of 69 now so ratings wise he is in the right race tomorrow. It looks to be not a bad race so we’ll get a bit of a guide on him.”

Sandown was heavy on Tuesday and Noblet said the gelding’s only try on soft ground when fourth in a Moe maiden at the end of his first preparation was inconclusive.

The lightly raced mare was midfield at Sale over 1200m on June 12 at her first start for Noblet and first start back after a lengthy lay-off recovering from a pelvic fracture.

“I was happy with her first run,” Noblet said.

“I would probably rather her in a 1400 metre race second-up but she’s done plenty of work and she looks terrific.

“I’m hoping to see her hit the line well again.”