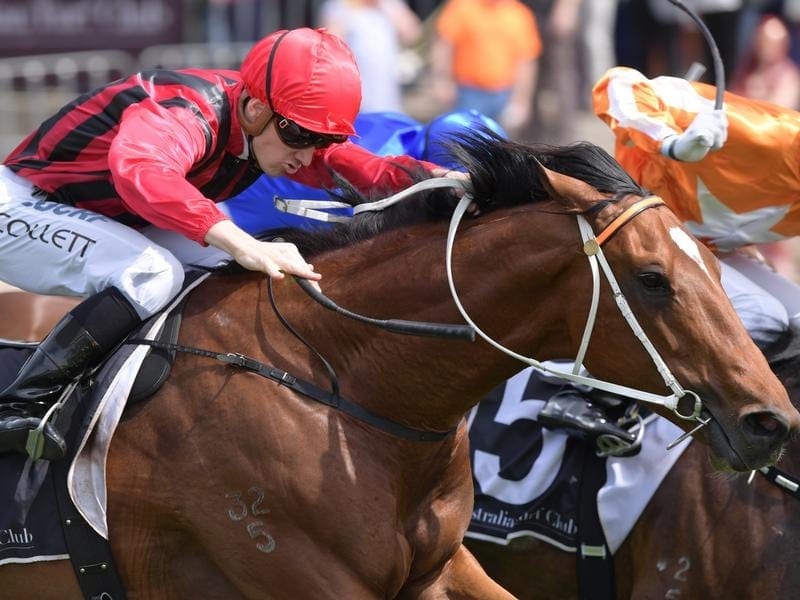 Trainer Kris Lees has unearthed another three-year-old he hopes has Group One potential with Gem Song ready to take the next step after a benchmark win at Rosehill.

The colt was sent out the $4 favourite but needed all the 1300 metres of Saturday’s race after getting caught in traffic.

He prevailed by a short half head from Royal Celebration ($5) after Jason Collett finally found a gap.

“He is a progressive type and might back up next week in the Dulcify over a mile and depending on how he goes he might head to the Caulfield Guineas,” Lees said.

“He will also be nominated for the (Victoria)Derby on Tuesday.

“I was telling Jason from the grandstand where to take the gap but it’s easy from up there.”

Collett said it was touch and go for a little while.

“I had a hairy ride but I had a lot of horse under me,” he said.

Lees said stablemate Frankely Awesome, a 1600m winner at Scone on Friday, could also be asked to make the leap to Group One company.

“I will nominate her for the Spring Champion Stakes over 2000 metres in two weeks,” he said.

Frankely Awesonme is by champion Frankel out of English mare Street Secret and is raced by Cressfield Stud.