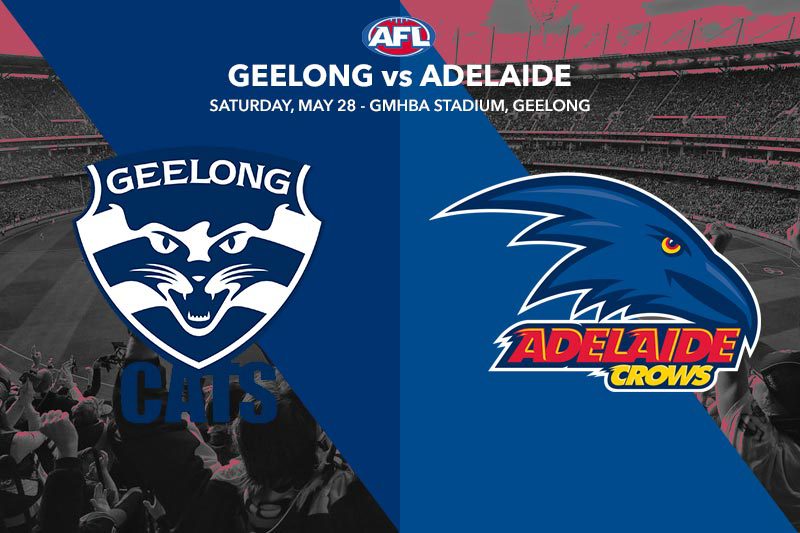 Can the Adelaide Crows pull off another big upset against the Geelong Cats this weekend, or will the hosts flex their muscles at GMHBA Stadium?

Chris Scott’s Cats thought they would start off their 2021 season with an easy win, but the Crows managed to pull off a massive underdog victory despite their long odds.

This clash will start with similar odds to last year’s bout, except the online bookmakers are offering even steeper odds in favour of Geelong.

You could argue the Crows have been far better this season than their 3-7 record suggests, as they have been very close on a couple of occasions against quality opposition.

The Cats are coming off a handy 35-point victory over Port Adelaide, although Patrick Dangerfield was subbed out of the contest with a tight calf and will miss the next few weeks.

The Crows are almost guaranteed to bring back Reilly O’Brien after he was recently dropped, as the ruckman was unstoppable in the SANFL last week with 37 disposals, 42 hitouts and 16 clearances.

It will not be easy for the Crows to snap their four-game losing streak this weekend, but you cannot rule out an upset against the Dangerfield-less Cats.

These two rebounding defenders have been outstanding over the last month of footy. Tom Stewart has held down the fort for the Cats down back with his prolific defence, while Jordan Dawson has also been solid in defence while pushing up the ground and impacting in the forward half.

The Crows have identified Dawson as a match-winning asset, as they throw him wherever he is needed the most on game day. The former Swan has spent plenty of time in midfield, but he even had a stint up forward last week. You may just see Dawson line up against Stewart this weekend if the Crows decide to swing him forward again.

The Adelaide Crows may be a young team still finding their way in the league, but that does not mean they deserve a 40-point handicap against an injury-riddled Geelong. Rhys Stanley is a chance to ruck for Geelong this week, but Jon Ceglar and Esava Ratugolea are not available as backup if he does not pass fit. Just as the Crows did against the Cats last season, we think will jump out of the blocks and compete well for the entire afternoon.

Patrick Dangerfield’s absence leaves a massive hole in the midfield, but the Cats are well equipped to handle the loss. Cameron Guthrie is one of the best contested midfielders in the competition, and after his 38 touches last week, we are jumping on him to shine again.

We expect a close contest between these two sides this Friday. Cam Guthrie will carry the load in the midfield for Geelong, while Jordan Dawson will go forward and impacts the scoreboard again for the Crows.