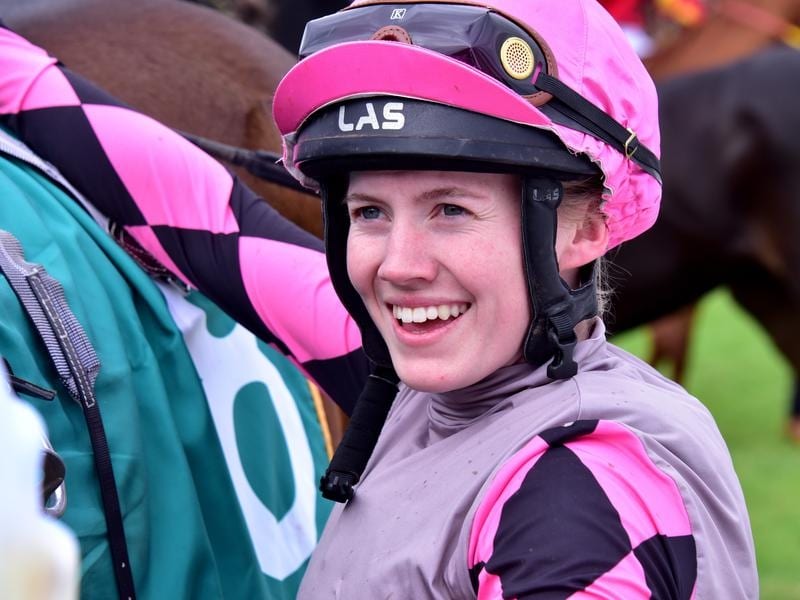 Apprentice Mikaela Claridge, who has died in a fall, has been remembered fondly.

One of the trainers who played a major part in apprentice jockey Mikaela Claridge’s emerging career has remembered the 22-year-old as a “great kid” who always had a smile on her face.

Claridge died after a trackwork accident at Cranbourne on Friday morning, with the news leaving the Australian racing industry shocked and saddened, including Echuca trainer Donna Gaskin.

Claridge, who was married in March, had moved to Cranbourne trainer Ken Keys earlier this year having spent the previous 2-1/2-years of her apprenticeship with Echuca-based trainers Gaskin and Michael Cornish.

She joined them after deciding to renew her apprenticeship which she originally began in 2015 before injury halted her momentum.

Gaskin said Claridge had become like part of her family.

“I know, 22, yeah you’re a young lady but to us like she was just part of the family. Like an extension to our family of another child for us.

“She always had a smile on her face.”

Gaskin said it was a “horrible shock” when she got the phone call telling her of the tragedy.

“It’s taken a fair while for it to sink in,” she said.

“Everyone is pretty well shocked. Her Mum and Dad especially, her brothers and her husband. They are just very, very saddened.

“She was such a young girl and she had the rest of her life ahead of her.

“I think it’s just a shock to everyone in this racing industry. The one thing about the racing industry is they stick by each other really well when things like this happen. Everyone is there for each other.

Claridge had her first race rides in August last year and rode her first winner the following month, riding 29 in total.

“It’s just such a shame that her life has ended so soon,” Gaskin said.