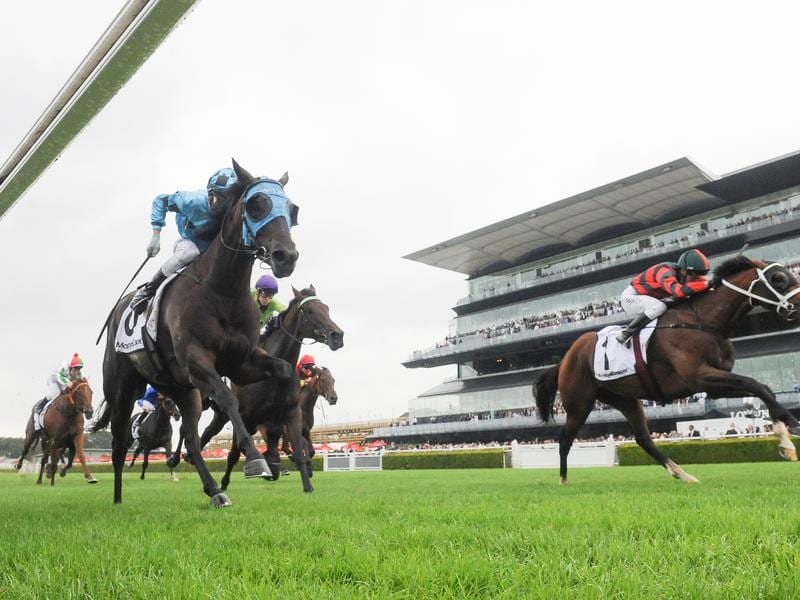 Five-time G1 placegetter Fundamentalist (left) will get her chance for an elite win in the Memsie.

Lindsay Park could be faced with the conundrum of chasing a Group One win or the money with Fundamentalist.

The $7.5 million Golden Eagle at Rosehill is on the radar for Fundamentalist, but the Group One Empire Rose Stakes, run the same day at Flemington, may prompt closer scrutiny if the mare remains a Group One maiden.

Fundamentalist, placed five times at Group One level including a second to The Autumn Sun in the Randwick Guineas, gets the opportunity to break through at the highest level in Saturday’s Memsie Stakes at Caulfield.

“It is a good question,” co-trainer Ben Hayes said.

“If she won a Group One along the way we’d probably go for the Golden Eagle, but a Group One win next to her name is pretty important as she is five-times Group One placed.

“It’s a decision we’ll have to make.”

Fundamentalist, along with stablemates So Si Bon and Quafila, are among 17 nominations for Saturday’s 1400m weight-for-age contest.

Hayes said Fundamentalist had pleased since her first-up third behind Begood Toya Mother in the Regal Roller Stakes at Caulfield on August 17.

Conceding 5kg to the winner, Fundamentalist rallied strongly under her big weight and will find the 1400m to her liking.

He said the Sir Rupert Clarke Stakes on September 21 and the Toorak Handicap on October 12 were possible Group One targets ahead of the Golden Eagle on November 2.

“Hopefully she’ll get her Group One chance along the way,” Hayes said.

Luke Nolen decided to miss Saturday’s Moonee Valley meeting after incurring a careless riding suspension at Sandown on August 21 to retain the ride on So Si Bon.

Nolen and So Si Bon combined to win the Aurie’s Star Handicap at Flemington on August 10.

“He gets along really well with So Si Bon and I’m glad he’s on him. He’s got the best record on him,” Hayes said.

“Luke’s a lovely quiet rider and he understands the horse.

“There’s lots of examples where jockeys have good partnerships with horses and I think this is a good example.”

Hayes indicated Qafila, who is resuming, would run in the 1400m-handicap on Saturday.