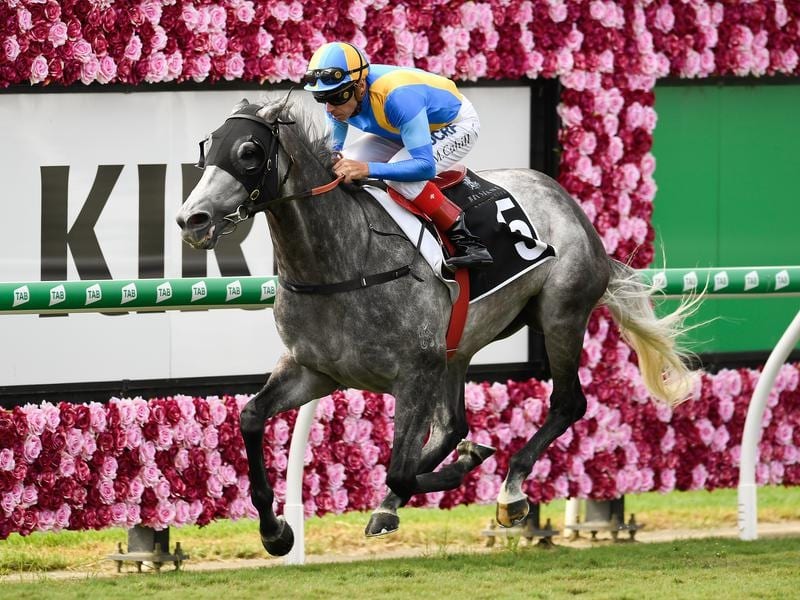 Fun Fact, who has a win over Melbourne Cup winner Vow And Declare, runs over 2000m at Rosehill.

Few horses racing at this time of year have claimed the scalp of a Melbourne Cup winner but that is a form reference Rosehill contender Fun Fact can boast.

Vow And Declare finished sixth behind Fun Fact in the Grand Prix Stakes during the Brisbane winter carnival, returning in the spring to snare Australia’s most famous race.

While trainer Bjorn Baker has more conservative goals for Fun Fact, including a return visit to Queensland for the Magic Millions carnival, he has no doubt the four-year-old is a talented horse in his own right.

Fun Fact will head to Saturday’s Graeme Ferris Handicap (2000m) at Rosehill having put the writing on the wall with a solid last-start fourth to Aqua D’ivina over 1600 metres at Kembla Grange and Baker says he will appreciate a rise in distance.

“He looks great and the key for him is up in trip. He gets to 2000 metres and he’s a different horse over further,” Baker said.

“It was a good run at Kembla. The race probably wasn’t run to suit but he was strong through the line.

“We will be pretty positive from the gate and I think he should go well.”

Fun Fact will carry 60kg after the two kilo claim of apprentice Samantha Clenton and has seven rivals, five of them from the leading yard of Chris Waller including pre-post favourite Mangione.

Fun Fact is on the second line of betting at $4.40 and Baker says the horse has continued to train on well as he heads towards the Magic Millions Trophy (2400m) at the Gold Coast in January.

“His work has been very good, we don’t have to do too much with him, he’s a naturally fit type of horse,” Baker said.

“He’s a Magic Millions horse so we will head towards there with him.”