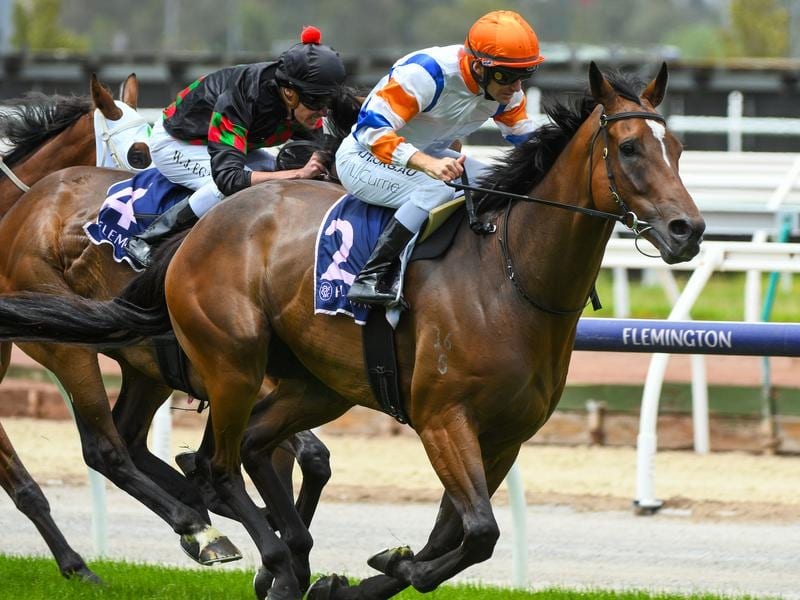 Secret Blaze has been kept on the fresh side ahead of the Group Three Easter Cup at Caulfield.

Tony McEvoy has attempted to keep speed in the legs of stayer Secret Blaze in a bid to claim the Group Three Easter Cup at Caulfield.

McEvoy, who trains in partnership with his son Calvin, said Secret Blaze was ticking over nicely ahead of his attempt at overturning consecutive second placings in two runs after a break.

Secret Blaze showed staying promise in late spring and early summer before finding the 2800m of the Bagot Bagot Handicap at Flemington on New Years Day beyond him.

“He’s well and it seems like a nice race for him,” McEvoy said.

“We tried him as a stayer before a freshen up and he performed quite well.

“What we’re trying to keep is a bit of speed in his legs, so we’ve keep him fresh for this race and then maybe we can bring him across to Adelaide and step him up in distance for the Port Adelaide Cup.

“But he’s ticking over nicely.”

The Port Adelaide Cup (2500m) will be run at Morphettville on May 2.

He reasoned the 1200m assignment was easier for Vinland at his first outing since September.

“So long as he’s running through the line I’ll be happy.”

McEvoy has no definite plans for Vinland after Saturday’s return.

“He loves wet ground, so he’ll go where the ground’s the wettest,” he said.