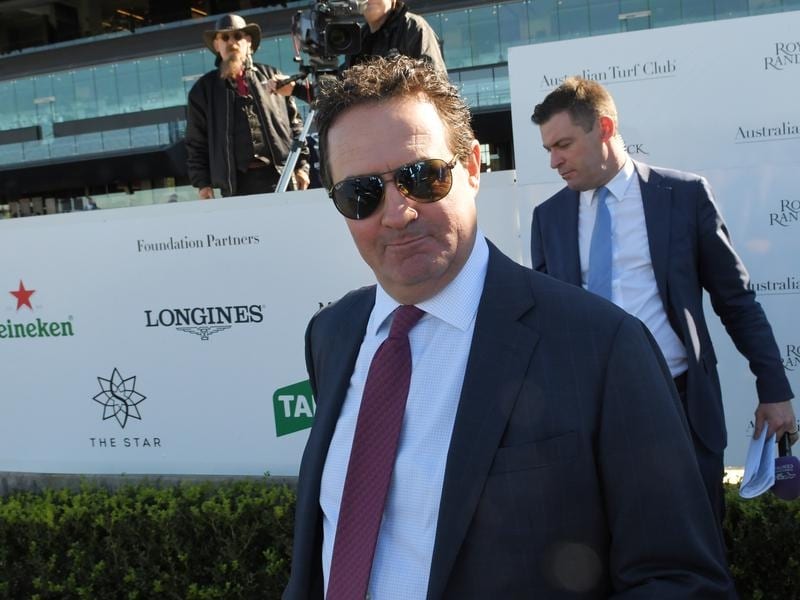 Trainer Michael Freedman (pictured) and his brother Richard will have two runners at Randwick.

Like most brothers, training partners Michael and Richard Freedman occasionally butt heads but there has been little to argue about over the past week.

When the Wyong meeting wrapped up on Thursday, the stable had produced seven winners from its past 10 runners, highlighted by Outback Diva’s Rosehill victory last weekend.

It has been a heady run for the siblings, who teamed up 12 months ago, and a sign the systems they have put in place are solid.

“We’re probably lacking quality at the top end at the moment but as long as wherever you’re sending them to they’re either running well or winning then you can’t complain,” Michael Freedman said.

The Freedmans were training out of different Sydney venues when they formed their partnership and have kept the operation split.

Michael is based at Randwick where he predominantly works with their younger horses, while Richard trains out of Rosehill, overseeing the majority of their more experienced campaigners.

Educating the next generation of thoroughbreds sits well with Michael, who enjoys trying to identify the next star.

“Probably what we’ll find in the new season is some of the ones I’ve had as two-year-olds will come back to me as three-year-olds,” Freedman said.

“But I quite enjoy the two-year-olds, you never know what you’ve got.”

One of those two-year-olds will make its metropolitan debut at Randwick on Saturday with Exhibition set to line up in the Magna Grecia New To Coolmore Handicap (1500m).

A son of Golden Slipper winner Vancouver, Exhibition is a half-brother to Group One-winning sprinter Japonisme and comes off a debut fifth at Newcastle when he was warming up late over 1200m.

“He’s thrown a bit more to the (sire) Medaglia D’Oro part of his pedigree where he’s not a 1000, 1200-metre horse like his half-brother Japonisme was, he’s more a mile to 2000-metre horse,” Freedman said.

“He’s one we’re hoping might come back as a three-year-old and be competitive in those distance races.”

The Freedmans also have the in-form Elaborate in the Castelvecchio At Arrowfield Handicap (2000m).

He backed up successive provincial wins with a closing second to runaway leader Terwilliker at Randwick and has continued to do well in the stable.

“He’s a very fit horse and a lot of the time, at this time of year on these sort of tracks, fitness goes a hell of a long way,” Freedman said.

The Australian Turf Club has confirmed Randwick will reopen its doors to the public on Saturday after welcoming back owners and members earlier this month.

Attending spectators will need to pre-register and pre-book hospitality packages.