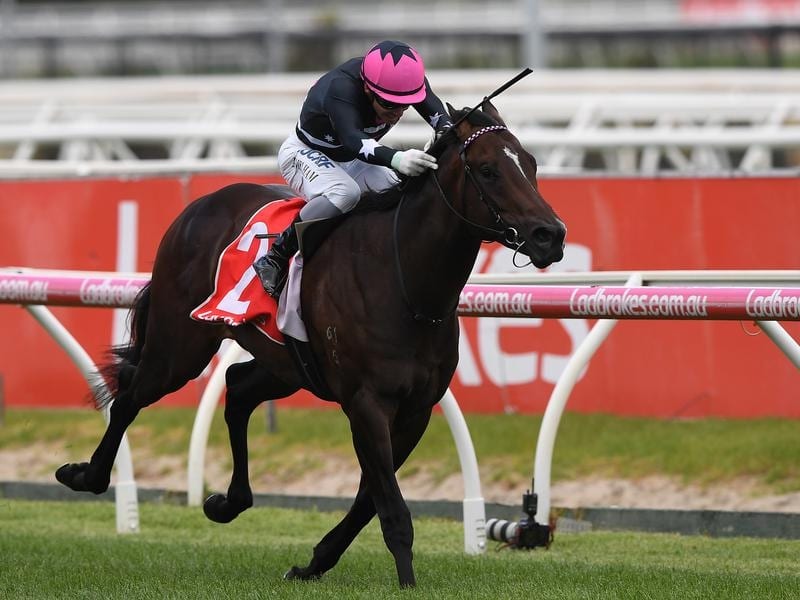 Ben Melham will stick with colts Prelude winner I Am Immortal in the G1 Blue Diamond Stakes.

The Anthony Freedman stable has confirmed its jockeys for the Group One Blue Diamond Stakes with Ben Melham sticking with unbeaten colt I Am Immortal while Luke Currie has secured the ride on filly Lyre.

I Am Immortal and Lyre won the respective Blue Diamond Preludes over 1100m at Caulfield on Saturday to stamp their claims for the $1.5 million Blue Diamond (1200m) on February 23.

Along with winning the colts and geldings Prelude on I Am Immortal, Melham also rode the Jason Warren-trained filly Brooklyn Hustle to fifth in the fillies’ Prelude but Freedman Racing said on Monday, Melham would ride I Am Immortal in the big race.

“Both horses have pulled up terrific from their victories on Saturday and will be ready to peak for the Group One feature in 12 days time,” Freedman Racing said on Twitter.

The Warren stable also confirmed Beau Mertens would reunite with Brooklyn Hustle in the Blue Diamond.

Mertens rode Brooklyn Hustle to her win on debut on December 1.

Lyre was third favourite for the Blue Diamond at $7 on Monday while I Am Immortal was at $11 after winning both the Preview and Prelude for colts and geldings in his two starts.

Lyre is among a small group of Godolphin-owned horses in Australia who are not trained by the global operation’s Australian trainer James Cummings.

“We got given six yearlings and this is the only runner we’ve had for them so far this season from this crop,” Freedman’s son and assistant trainer, Sam Freedman, said.

“We’ve got some really nice colts coming through as well.

“They’ve been incredibly loyal to us over the years.”

Sheikh Mohammed’s Godolphin also has Blue Diamond second favourite Athiri ($5) who is trained by Cummings and finished third to Lyre on Saturday.

The Ciaron Maher and David Eustace-trained Loving Gaby, winner of the Chairman’s Stakes last Saturday week, is $4 favourite while Brooklyn Hustle is on the fourth line of betting at $9.