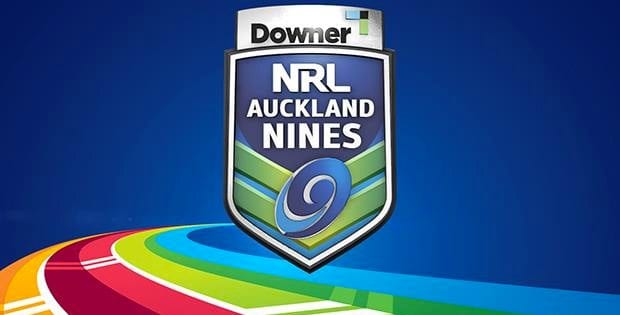 FOR the fourth year in a row the fastest and most entertaining incarnation of Rugby League returns to Auckland for the hugely popular Nines tournament.

This year we’re hoping the winner of the tournament can keep the prize. Last year’s winner, the Parramatta Eels were stripped of the title due to their salary cap breaches.

Success in the NRL does not necessarily transfer into the Nines, given it is a vastly different style and that is reflective of our tips for the Auckland tournament.

We’re backing some of the flashier and fast-paced teams to notch up wins early in the tournament and return a healthy dividend for our loyal readers.

All odds 2017 NRL Auckland Nines tournament were provided by Sportsbet.com.au.

Multi selections for the 2017 Auckland Nines:

Newcastle to win against Wests Tigers ($2.08)

Saturday, February 4 from 10 am AEDST

First match of the tournament is the reigning NRL premier Cronulla Sharks taking on the buzz team of 2017, the Gold Coast Titans.

The Sharks are a complete NRL team, but two of their heart and soul players from its 2016 premiership in Paul Gallan and Michael Innis will not be there. Big Gal is recovering from his boxing bouts, while Innis is enjoying the benefits of retirement.

The Titans have a strong and fast line up and one of the best players of the modern era in Jarryd Hayne taking to the field.

The Hayne Plane’s inclusion is enough to tip us over the edge. We’re backing the Titans to open our Auckland Nines multi in a winning fashion.

The defending champion Eels return to Auckland searching for redemption after being stripped of the title and the Dragons are the first team in their crosshairs.

Parramatta’s game plan is centred around fast break plays and the team has a number of game-breaking players who have the ability to single-handedly win a match.

The Parramatta Eels are the +600 third favourites to take out the 2017 Auckland Nines at Sportsbet.com.au.

The St George Illawarra Dragons have taken a decent team across the Tasman, but decided to leave Josh Dugan and Gareth Widdop behind, which suggests the big red V are not totally committed to the tournament.

We are backing the Eels to launch their redemption story off on the right foot in the second leg of our multi.

The ‘home’ side of the Auckland Nines, the New Zealand Warriors, host one of the true outsiders of the competition, Manly, in the third game of our multi.

The Warriors have been consistently good without being great in the Nines tournament across its three years. They routinely escape the group stage but have failed to win the competition in three attempts.

Thankfully for the Kiwis they come up against a team who looks set to trial youngsters rather than truly compete for the title.

The Sea Eagles are +3300 outsiders at Sportsbet.com.au for the Nines title, and that is a completely justified price after taking one look at their ‘no-name’ line up.

The Warriors should start their Nines campaign in style.

The weak Wests Tigers host last year’s NRL easy-beats in the Newcastle Knights in the final leg of our Auckland Nines multi.

The Tigers have plenty of players that suit the Nines game perfectly, but unfortunately the powers that be decided to leave those men back in Australia.

Conversely, Newcastle has taken over a young but talented side who has an incredible amount to prove after a horrendous 2016 season.

The Knights have been incredibly consistent throughout the three years of Nines matches. The Novocastrians have never missed the knockout stages in the tournament’s history.

Newcastle seems keen to keep their fantastic run intact while the Tigers seem to be throwing away the tournament. We are happy to take the over the top odds on the Knights while the bookmakers are sleeping on them.

Looking to add some value to your Auckland Nines bets this weekend? Head over to Ladbrokes.com.au and take advantage of their Footy Freaks promotion.

Ladbrokes offer huge odds on all matches. The company has identified one player per team, per game throughout the entire tournament to fulfil a certain task throughout the game, which could be score a try and win the match, or make an allotted amount of tackles and win the game.

Head over to Ladbrokes on the day of the tournament and take advantage of the fantastic deals on the shortest form of the game.