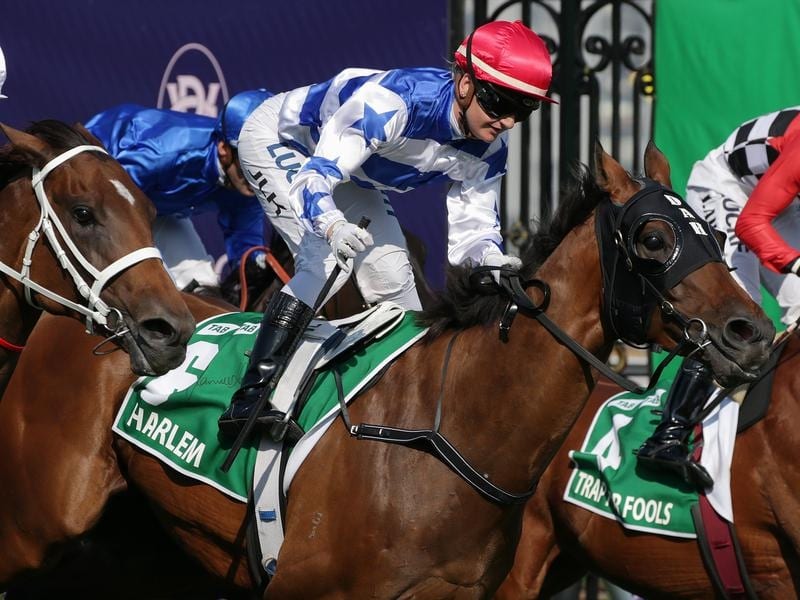 Lindsay Park will begin to unveil its extensive array of spring prospects with four runners in the P B Lawrence Stakes at Caulfield.

Cox Plate favourite Mystic Journey heads the 15 nominations for Saturday’s race and has been installed the $1.75 favourite from Godolphin’s Hartnell at $5.50.

Ben Hayes, who trains in partnership with his father David and cousin Tom Dabernig, said the stable would be represented by Harlem, Fifty Stars, Neufbosc and Sikandarabad in Saturday’s 1400m weight-for-age race.

As the winner of the Australian Cup in March, Harlem is in line for a $1 million bonus if he can win October’s Cox Plate.

“We’re really happy with him but I think we’ll be looking out for him when he gets out to 2000 metres,” Hayes said.

“The Turnbull Stakes ( Flemington) will be the race that gives us a guide as to how he’s going.”

Neufbosc makes his Australian debut with the stable hoping he develops into a Caulfield and Melbourne Cups contender.

“The shortest distance that he’s run over is 1900 metres so he’s going to find the 1400 well on the short side,” Hayes said.

“He ran well in the Arc lead-ups, but didn’t perform in the Arc and after that, that’s when we got him.

“He’s got some good form behind Kew Gardens, so if he can bring that form he’ll be competitive.”

Sikandarabad is first-up since finishing a tailed-off last in the Ranvet Stakes after which he was diagnosed with cardiac arrhythmia.

“It will be an extremely tough race but I’m expecting him to run well fresh,” he said.

Hayes believes Fifty Stars has the class to win over 1400 metres in his second campaign for Lindsay Park after beginning his career with Darren Weir.

“We know him well now and we’re expecting a big campaign from him,” Hayes said.

“His target races are likely the Sir Rupert Clarke and the Toorak Handicap.”

Fifty Stars ($9) is the shortest of the Lindsay Park quartet.