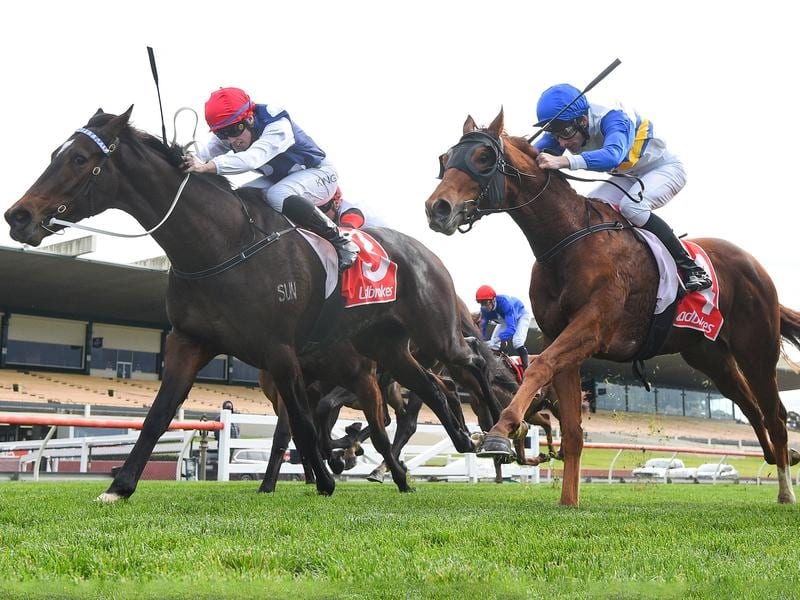 Pagan, 72, coached North Melbourne to flag success in 1996 and 1999 and has always had a long-term love of the thoroughbred.

It was through his association with Flemington trainer Troy Corstens that the spark was lit to try his hand at training horses.

Pagan, who prepared his first runner on July 4 after being granted his licence just days earlier, had his fourth starter Frankie Two Angels take out the Ladbrokes Same Game Multi Handicap (1300m) at Sandown on Wednesday.

Johnny Get Angry was Pagan’s first runner to finish in third position and he then followed up with a second to Alcyone, again at Flemington, last Saturday.

The trainer’s only “miss” was with My Squeeze Louise at Seymour last week.

Pagan hopes to return to Flemington on August 8 to run Frankie Two Angels in a 1400m three-year-old race.

Hydro Staralso created a big impression with his debut win in the Ladbrokes Back Yourself Handicap (1000m).

The two-year-old was well “spruiked” prior to his debut with connections resisting early interest from Hong Kong buyers before the colt had raced.

“A lot of the credit has to go to (jockey) Jamie (Mott),” McArdle told racing.com.

“The horse was to go to Hong Kong but he pleaded with me to speak to the owners and keep him.

“He’s still a big baby and he still didn’t do everything right, but when Jamie asked him that’s exactly what he’s done at home.”

McArdle said Hydro Star may head straight to stakes level for the Vain Stakes at Caulfield on August 15 after spending a week at Lauriston Farm.