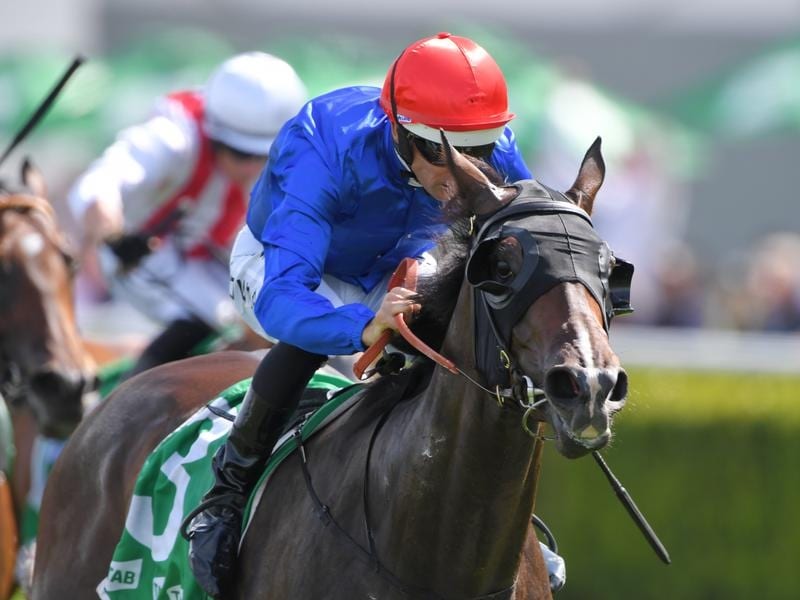 Flit will take on the males as one of four fillies to contest the Group Two Arrowfield Sprint.

Godolphin trainer James Cummings is convinced Group One-winning filly Flit can bounce back from two unplaced runs when she drops in distance in the Arrowfield 3YO Sprint at Randwick.

A winner of the Group One Thousand Guineas last spring, Flit began her autumn campaign in impressive fashion with a dominant victory in the Group Two Light Fingers Stakes over the Randwick 1200m in February.

Things have not gone to script for the filly in two starts since but Cummings believes the three-year-old is poised to be a leading contender in Saturday’s Group Two Arrowfield 3YO Sprint (1200m) against her own age coming off a four-week freshen-up.

Flit was unplaced as a short-priced favourite second-up in the Group One Surround Stakes (1400m) then she faded in the straight to be beaten 12 lengths in the $5 million All-Star Mile (1600m) at Caulfield after she was sent forward from the outside draw and then over-raced in front.

The Arrowfield has attracted a field of 12 with Flit on the second line of betting on Wednesday at $5 behind Group-winning colt Cosmic Force ($3.50).

Cosmic Force will also be out to bounce back against his own age after finishing second last in the Group One Galaxy (1100m) last start when sent out favourite.

“Flit won’t be the only one trying to climb back onto the podium in this race,” Cummings said.

“You can disregard her run in Melbourne when she led and dropped out.

“She can get back up. I like her chances.”

Flit, to be ridden by Rachel King, is one of four fillies taking on the colts and geldings in the Arrowfield, with Anaheed, Villami and California Zimbol the others.