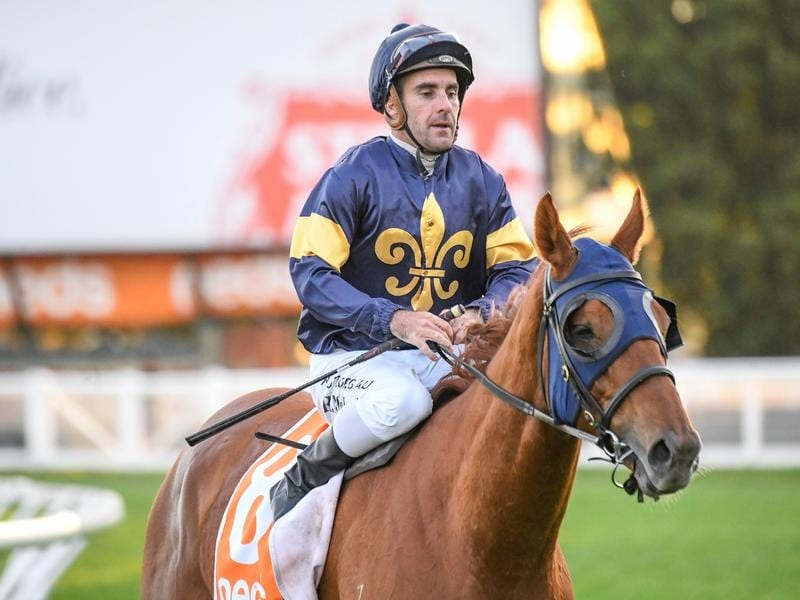 Mahamedeis ventures into uncharted territory when he chases another win at Flemington.

Trainer Nick Ryan is counting on a different training regime to bring out the best in Mahamedeis over a proper staying trip at Flemington.

Ryan has wanted to try Mahamedeis over an extended journey right from the time he took the gelding to Brisbane for the Queensland Derby as a three-year-old.

Mahamedeis finished fifth in that 2018 Derby, held at Doomben over 2200m, however the gelding’s races since have been restricted tp no further than 2000m.

Ryan will stretch Mahamedeis out to 2540m on Saturday in the George Watson Handicap.

“I’ve been thinking throughout this prep that the way he has been going that he will run further,” Ryan said.

“He’s had two runs over 2000 metres this time in and it’s time to step him up, although it’s probably a big step for him.

Mahamedeis finished second to Homesman in the Feehan Stakes at The Valley last September with Ryan aiming the gelding at Melbourne’s two Group One 1600m handicap features, the Toorak Handicap and Cantala Stakes.

“He didn’t have much luck in the Toorak and then struck a wet track in the Cantala and didn’t get through it,” Ryan said.

“Now I’m training him for the 2000 metres and beyond and with every run this prep he’s got better and better.”

Ryan said Mahamedeis would press on to the Banjo Patterson Final at Flemington on July 4 if he runs well on Saturday and longer term to country cups in the spring.

“The Bendigo Cup is probably on top of the list on a nice big track,” Ryan said.

“If he happened to win something like that, it would be nice.”