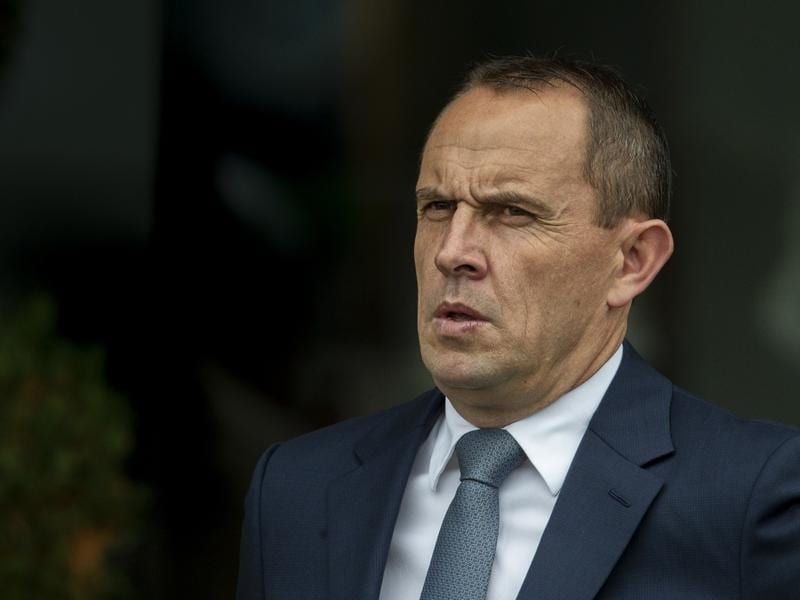 Trainer Chris Waller will be out to continue his domination of Queensland staying races at Ipswich.

Champion trainer Chris Waller will have a three-handed assault in what would be a fitting finish to his Queensland racing season.

Waller has Kaonic, Alward and Le Juge in the Grandview Stud Handicap (2150m) at Ipswich.

The race effectively replaces the Ipswich Cup which is usually the main feature on Ipswich’s only Saturday metropolitan race meeting of the year.

This year due to the impact of coronavirus, the Cup has been cut from the winter program along with many of the traditional staying feature races.

Instead, Racing Queensland has programmed some middle-distance races with less prize money and no black -ype status.

It hasn’t stopped Waller who has won more than 25 per cent of open handicap staying races in Queensland this season.

He also won all three of the stakes staying featured races which survived the cuts in Queensland this winter- the Group Three Tattersall’s Cup, Group Three Chairman’s Handicap and the Group Three Premier’s Cup.

Waller’s Queensland manager Paul Shailer said staying races had been the staple for the stable and the trainer Waller had targeted them in Queensland with great success.

“As I have said often there are a lot of suitable races over some ground here and we have a lot of horses who are suited,” Shailer said.

“Chris puts a lot of work into picking the right races for the right horses.”

He said Le Juge was a good example because he had won eight races in Queensland in two years.

“Alward has travelled between here and Sydney and is always competitive,” Shailer said

Kaonic was the unlucky runner when fifth in the behind stablemate Another Dollar in the Premier’s Cup at his last start.