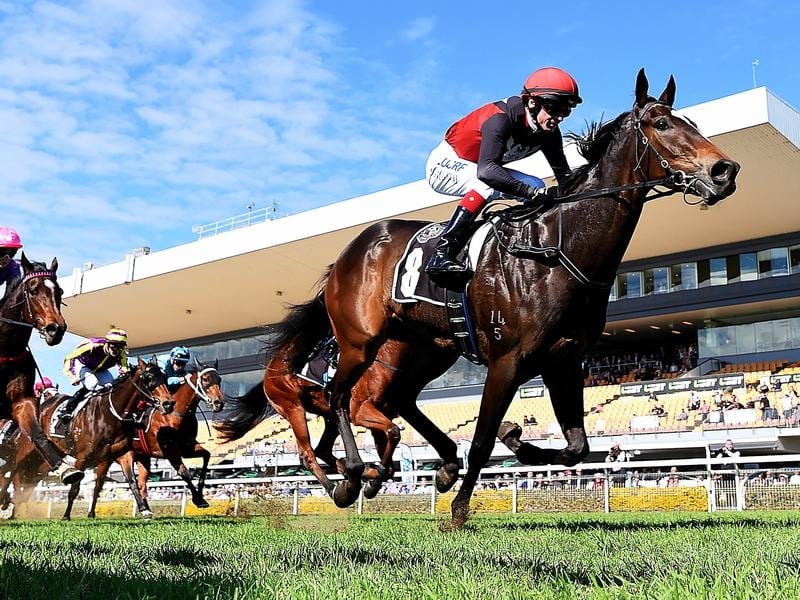 Malahide is poised to enhance her outstanding fresh record when she returns to racing at Doomben.

Comeback jockey Matt McGillivray believes Malahide can enhance her reputation as a first-up specialist at Doomben.

The Michael Costa-trained mare has a formidable record when resuming from a spell, winning three of her four attempts.

That telling statistic has been leapt upon by punters who have crunched the mare in pre-post betting for the Millers Swim School Fillies and Mares Quality (1200m) on Saturday.

McGillivray rode Malahide when she cruised to victory in a 1000 metre barrier trial at the Gold Coast on Tuesday.

“She likes to find her feet in her races but, in saying that, in her trial on Tuesday she really pinged the lids and wanted to travel up there on the speed which was surprising,” McGillivray said.

“It might be a different ball game on Saturday because there is a lot of speed in the race. She’ll probably be fourth or fifth, somewhere there, enjoying a nice, cosy run in behind them.

“It’s just a matter of timing things and getting the right run. I think she can finish over the top of them for sure the way she’s been going.”

McGillivray returned to race riding in late August after spending three months on the sidelines following a fall at the Sunshine Coast in May when he suffered a fractured skull which caused bleeding on the brain and severe concussion.

“My fitness level is good and I’ve just got to keep riding three or four times a week,” he said.

“No matter how much you put into that you just don’t get the fitness you do on race days.”

McGillivray joined the Group One club last year when he claimed the Queensland Oaks aboard Winning Ways.