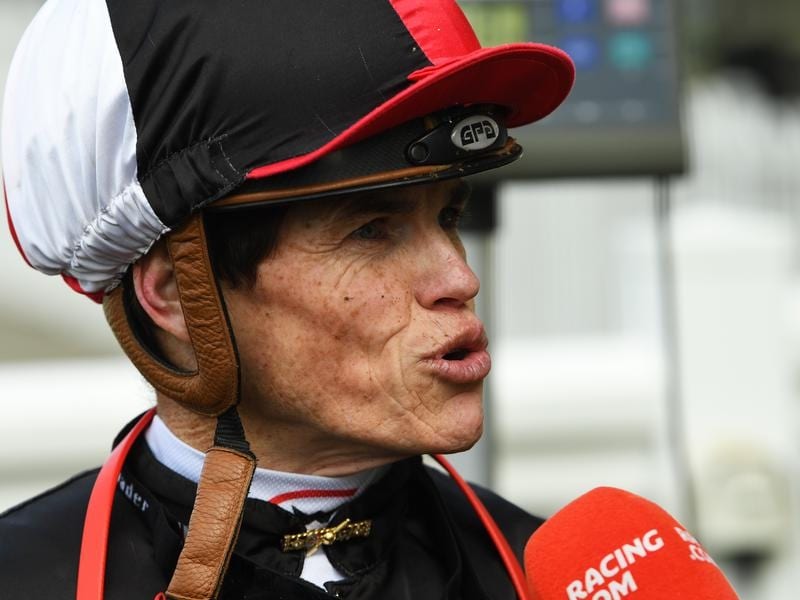 Craig Williams has renewed family ties with victory on the Nikki Burke-trained Fight at Mornington.

Fight has lived up to his name to score an emotional win for his trainer Nikki Burke at Mornington.

The victory was a celebration of two Cranbourne families with Fight ridden to victory in Monday’s Bentons Square Plate (1200m) by Craig Williams.

The Burke and Williams families have had a long association, dating back to the 1970s when Burke’s father Barry trained a horse called Fight who won three races in town ridden by Williams’ father Alan.

Burke said it was apt the three-year-old was named after her father’s former galloper, although it took eight months for the name to be registered.

Burke said her father, who is not enjoying the best of health, had got a big kick out seeing his colours carried when Fight made his debut at Mornington last month.

“I hadn’t told him that he was carrying his colours,” Burke said.

“But he got a big kick out of seeing them and hopefully this win will lift him again.”

Fight looked beaten on a number of occasions up the tough Mornington straight, but fought back under Williams to score a short-head win.

“He’s been very spoilt and I didn’t think he’d have that much ticker to be honest, but he’s proven to be a very good racehorse,” Burke said.

Williams said Fight had been a work in progress and the gelding was a credit to his trainer and her staff and the countless riders who have helped educate the gelding into the finished product he is today.

“I know how much it means to Nikki and her family,” Williams said.