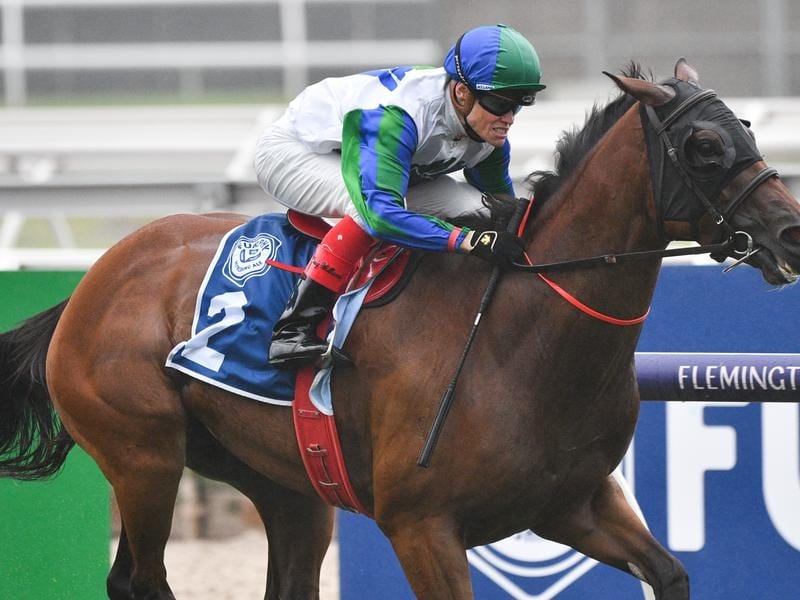 Fabric has posted her third city success with a front-running victory at Flemington.

Fabric has clinched her third city success with a front-running victory at Flemington and Danny O’Brien’s assistant trainer Ben Gleeson believes a stakes win is within the mare’s scope.

Having the third start of her current campaign, Fabric ($2.50) was able to dominate Saturday’s Furphy Ale Trophy (1600m), run in drizzling rain but on a good-rated track, and kicked clear under Craig Williams in the straight to score by 2-1/2 lengths.

Paint The Town Two led in the chasing pack with Hunboshi another length away third.

Fabric has won three city races in the past year in benchmark grade races and Gleeson said while the four-year-old was tricky to place, he believes she can step up to black-type level this campaign.

“She beat a good mare of Chris Waller’s, Haut Brion Her, in the spring and she went on after that and won a nice race (Group Two Blazer Stakes),” Gleeson said.

“The form around her is strong and she’s doing everything right at home to show that she can have a prolonged preparation.

“That win today was pretty tough I think, so she’ll only come on again and be ready for something better.

“I think that gives us every indication she can maybe make that step up to a stakes grade race.

“It just depends where that is.”