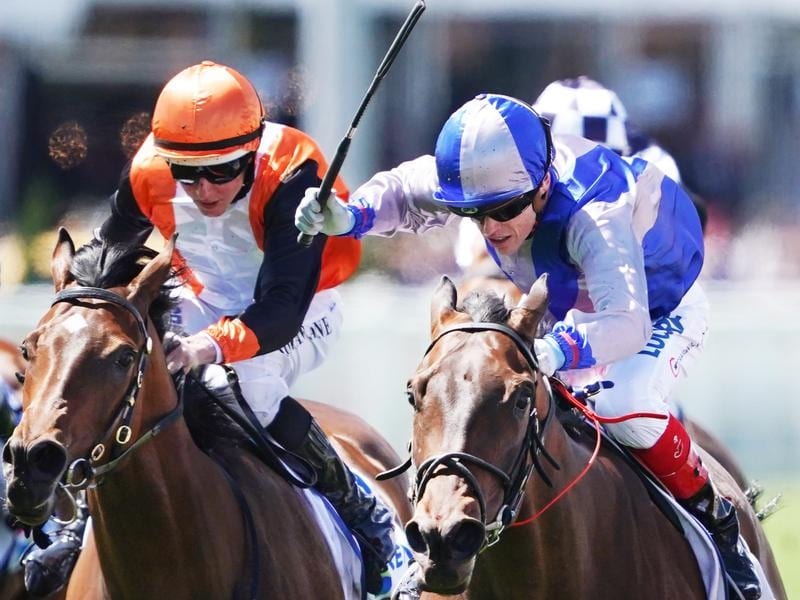 Four-year-old mare Extreme Pride has continued a progression through the grades to land her first city win at Caulfield.

The Danny O’Brien-trained Extreme Pride’s victory in the Keno Classic Handicap (1700m) was her fourth straight win since August, rising from maiden grade at the provincials to Saturday’s benchmark-80 race in town.

“She doesn’t know that she’s going up in grade, she just knows it’s another race. And she’s racing really well.”

Ridden by Craig Williams, Extreme Pride ($6) defeated So You Swing by three quarters of a length with leader Vigere the same margin away third.

O’Brien might now consider another step up for her in the Group Two Matriarch Stakes (2000m) for mares at Flemington during the Melbourne Cup carnival, given Extreme Pride’s rating is likely to rise too much for another benchmark race the trainer had in mind.

“That is another leap again, class-wise, but she’s in great form and if she can hold that then that would give her an opportunity to run in a stakes race over the carnival,” O’Brien said.

The Tony and Calvin McEvoy-trained filly Pretty Brazen, meanwhile, backed up her convincing last-start win at Bendigo with another strong showing to take out Saturday’s QMS Media Plate (1400m) by 1-1/2-lengths.

“She has got a very good turn of foot and she put them away quite comfortably,” Pretty Brazen’s jockey Michael Dee said.