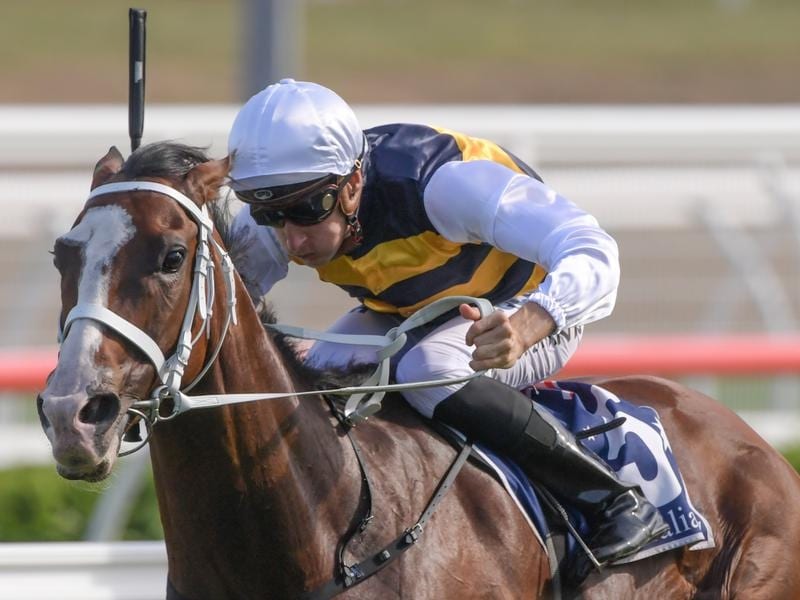 Fan favourite Tom Melbourne will have a trial at Beaudesert before being sent south for the spring.

Chris Waller-trained spring carnival contenders Tom Melbourne and Le Juge have been given an extra two weeks in the Queensland sunshine before heading south.

The two trialled at the Gold Coast two weeks ago and were set to be part of a float-load of horses leaving Queensland two days later.

Waller’s Queensland manager Paul Shailer said there had been a last minute change of plans for the duo who were strong performers in the winter.

“They were virtually on the float when we got word to keep them for another fortnight,” he said.

“They will both trial at Beaudesert on Monday and then head south a couple of days after that.”

Tom Melbourne, who has become a fixture of Australian turf folklore for his 14 seconds to go with his six wins, was twice stakes placed in the winter carnival.

He has not run since finishing fifth in the Group One Stradbroke Handicap on June 8.

Waller is planning to give Tom Melbourne his chance in stakes races in both Sydney and Melbourne.

Le Juge won five races in a row before his last start when third in the Lord Mayor’s Cup at Eagle Farm on May 25.

The gelding will have the Group One Epsom Handicap on October 5 as his main target.

Former French stayer Alward returned to form with a win at the Gold Coast on Saturday but is likely to remain in Queensland for the next few months.